The all-new baby XUV gets a host of segment-first features including seven airbags, dual-zone climate control and front parking sensors, among others 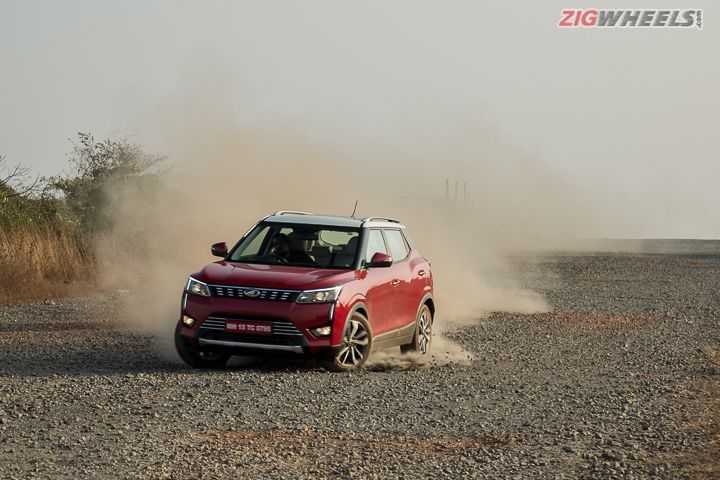 Mahindra’s latest attempt at the sub-4 metre SUV segment in India, the XUV300, is finally here. Launched at prices starting from Rs 7.9 lakh for the base W4 variant and going up till Rs 12 lakh (both prices ex-showroom, India) for the top spec W8 (O), the XUV300 is available with both petrol and diesel engine options, and packs a lot of segment firsts. However, there is no automatic transmission available at the moment. And while prices are higher than Maruti Vitara Brezza, Ford EcoSport and Tata Nexon, the XUV300 does come with a lot of kit, right from the base W4 variant to justify the same. For instance, the W4 variant gets all LED tail lamps, rear disc brakes, electric tailgate release, all four power windows, adjustable headrests for all passengers including the middle one at the rear, and more.

Based on the X100 platform which also underpins the Ssangyong Tivoli, the XUV300 is a well designed and robust sub-4 metre SUV from Mahindra. While it is significantly shorter than its South Korean cousin, it sports the longest wheelbase in its segment. However, with a boot space usually seen on hatchbacks these days, the space inside could have been utilised a little better.

The XUV300 packs in a host of segment-first features, which is its biggest draw. There are seven airbags on offer and a host of other safety features like hill start assist, traction control, and electronic stability control too. It also gets front parking sensors usually seen on premium and luxury SUVs.

Mahindra has loaded the XUV300 with a lot of creature comforts as well. It gets dual-zone climate control (another segment first), an electrically operated sunroof and steering modes, among many more.

Powering the XUV300 are the torquiest petrol and diesel engines in the segment. It gets the 1.5-litre diesel engine from the Marazzo churning out 115PS of power and 300Nm of peak torque. The 1.2-litre petrol engine, on the other hand, makes 110PS and 200Nm. Both engines come mated to a 6-speed manual gearbox. While there is no automatic option available at the moment, Mahindra could offer the XUV300 with it later. As we found out on our first drive of the XUV300, the 1.5-litre diesel is a great performer on the highway, but it does take some effort to drive it at slower city speeds. Read more about it here.

With the XUV300’s pricing, Mahindra has made its best effort yet at cracking the sub-4 metre SUV segment. Loaded to the brim with a host of safety features and creature comforts, it does offer a promising option in the segment which is flooded with well-established rivals such as the Maruti Vitara Brezza, Tata Nexon and the Ford Ecosport. However, the lack of an automatic variant at launch and a cramped boot space could prove to be deal-breakers for some prospective buyers.

So what do you think about the new XUV300? Would you prefer it in the sub-4-metre SUV space over its rivals? Do let us know in comments below.

Why Is Mahindra Recalling The XUV300? Find Out