The Honda SUV e: prototype Concept Is Pretty Much An All-electric Next-gen HR-V 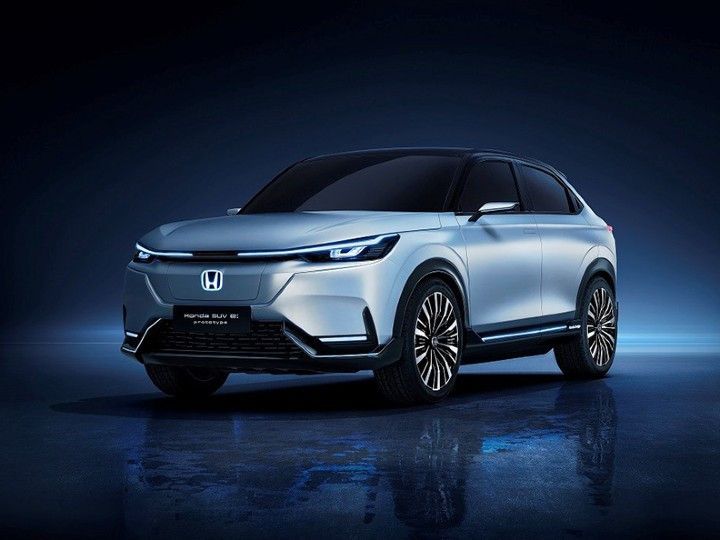 Auto Shanghai 2021 has seen a variety of electric concepts take centre stage. And Honda has also unleashed its own electric concept in the form of the SUV e: prototype. While it is an evolution of the SUV e: concept it showcased at Auto China 2020, it is most likely the all-electric iteration of the new HR-V.  While details are pretty scarce, it boasts plenty of illuminated bits and modern tech.

At a glance, Honda’s latest contraption looks a lot similar to the third-generation HR-V SUV in its overall silhouette. But the prototype does get its own identity, thanks to a closed-off front grille. There’s a lot of illumination, with an LED strip running along the hood without merging in the centre, and LED strips along the sides of the front bumper. The illumination continues with the Honda logo up front and a light strip running along the side skirts. The rear is fairly simple with full-length connected taillamps.

While cabin shots are yet to surface, Honda has confirmed some nifty tech in the SUV e: prototype with the third-gen Honda CONNECT. It features connectivity, smartphone link and over-the-air updates via a voice recognition interface. It’ll also have Honda’s next-generation of Advanced Driver-assistance Systems (ADAS).

Technical specifications are yet to be revealed, but we do know that it runs on all-electric propulsion. That being said, Honda did enter into a partnership with General Motors to power future EVs with General Motors’ Ultium batteries.

The production-spec model based on this concept is set to go on sale by 2022. It will be one of 10 electric vehicles that Honda will introduce to the Chinese market within the next five years. While there is yet to be an official announcement regarding any upcoming EVs for India, we can expect some strong hybrid models like the City e:HEV Hybrid.