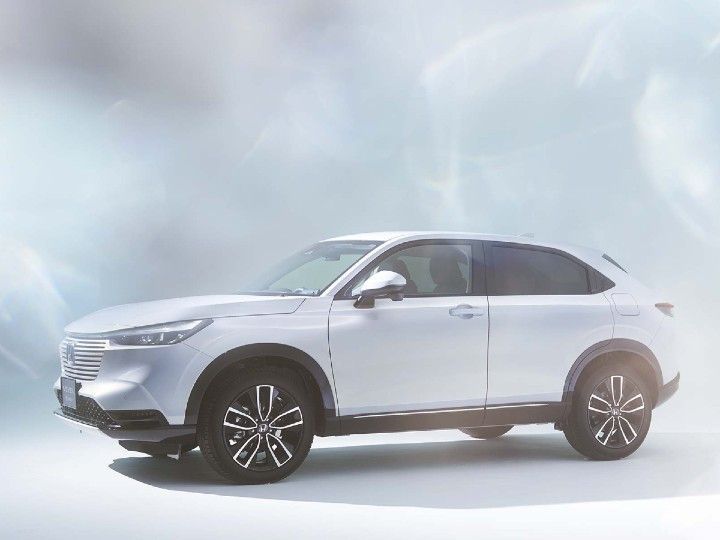 After a teaser campaign and leaked patent images, Honda’s third-gen HR-V SUV has finally debuted in Japan. Also called the Vezel, this generational update has made the HR-V more mature and cleaner with various new features.

On the outside, the new HR-V boasts a much cleaner design with a more pronounced coupe-like stance. Up front, the nose has gotten upright, flanked by a larger grille, in which the slats blend nicely with the front bumper. It also gets new headlamps with LED DRLs mounted on top.

At the sides, the only aspect retained from its predecessor is the rear door handle on the C-pillar. Head to the back and the HR-V joins other modern Honda models with a new set of tail lamps connected via an LED light bar.

The cabin has definitely taken some inspiration from the 2022 Honda Civic prototype, sporting a minimalistic dashboard and a large air vent spanning the length of the dashboard. The infotainment system is now tablet-like and looks bigger than before.

Detailed technical specs are yet to be revealed, but what we do know is it will be powered by Honda’s e:HEV powertrain like the City and Jazz hybrid. So it will get a 1.5-litre petrol engine paired with two electric motors, where the petrol engine delivers 98PS and 127Nm and the main electric motor produces 109PS and 253Nm in the City hybrid. The secondary motor is essentially a starter-generator. It is capable of Normal, Sport, and Econ driving modes. The 4WD variants of the HR-V also get real-time AWD, which sends power to the four wheels for stability even in bad surface conditions.

The next-gen Honda HR-V will go on sale in Japan by April 2021. Back home, Honda was planning to launch the HR-V’s predecessor but that never materialised. That being said, the new HR-V might just make it to the country since it is likely to be built on the same localised platform as the new City, like before. If it does come to India, it would take on the higher variants of the Hyundai Creta, Kia Seltos, the upcoming Volkswagen Taigun, Skoda Kushaq, and the Jeep Compass.