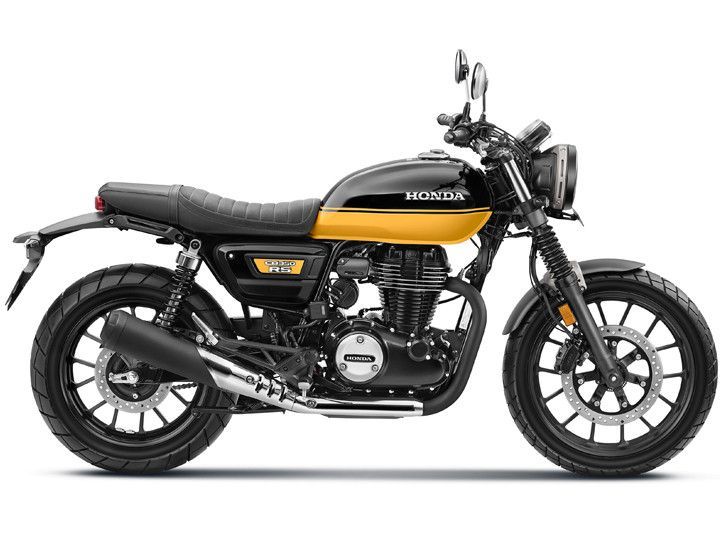 The Honda H’Ness CB350’s sportier cousin is finally here! The CB350RS, as Honda calls it, is based on the H’Ness but it brings in a sense of sportiness with revised ergos, an athletic stance, and some minor cosmetic changes. We’ve listed down five crucial points to bring you up to speed with the bike:

The CB350RS may be built on the same engine platform as the H’Ness but it gets several design elements for distinction from its retro sibling. For starters, the bike features neat details such as a ring around the LED headlamp, a new underseat LED tail light, new LED turn indicators, cropped and blacked-out front and rear fenders which help shed weight as well as fork gaiters, an engine skid plate, a slightly more raked exhaust, and a sportier grab rail. More importantly, Honda has let go of the cringey 'HNess' badge.

The rest of the bike is pretty much the same. So, you have the same feature-packed analogue-digital instrument console, LED lights all around, a hazard switch, and a 15-litre fuel tank.

According to Honda, the CB350RS has a forward leaning riding position. While details are a bit hazy, we believe, the handlebar has been lowered a smidgen to alter the rider’s triangle. The footpeg position, on the other hand, remains as is.

No surprise here. The CB350RS uses the same 348.36cc single-cylinder air-cooled counterbalanced motor seen on the H'Ness 350. It's tuned to make 21PS at 5,500rpm and 30Nm at 3,000rpm. However, the RS may feel a bit more lively since it's 2kg lighter than the H'Ness, thus improving its power-to-weight ratio.

Its transmission, though, remains unchanged. It's the same five-speed gearbox with assist and slipper clutch. Honda's traction control, which is a segment-first, comes as standard as well.

Well, more or less. While the underlying hardware is essentially the same, there are a couple of minor differences. For instance, the bike rolls on the same 19/17-inch wheels but with a wide rear section tyre (front - 100/90, rear - 150/70). It also gets a bit more room underneath since the CB350RS has 2mm more ground clearance.

The Honda CB350RS is available in a single variant priced at Rs 1,96,000 (ex-showroom pan India). It’s closest rival is the recently launched 2021 Jawa 42 (which we rode recently). You could also look at bikes like the Benelli Imperiale 400, and Royal Enfield Meteor 350 around the same price range.

Bookings for the CB350RS have already commenced across Honda’s Big Wing Dealerships and deliveries are expected to begin in early-March. The brand is also working on expanding its dealer reach and is expected to set up 50 Big Wing dealerships by the end of this year.