Opinion: What The Honda CB350RS Could Have Been 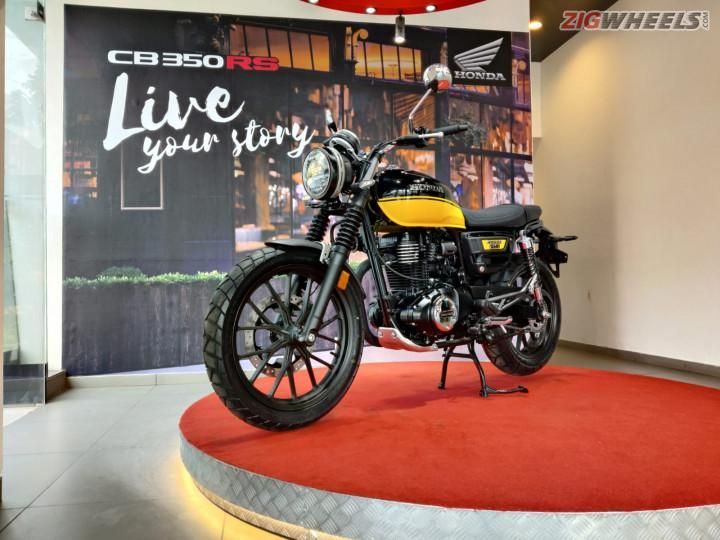 Several manufacturers have been vying to grab a share of Royal Enfield’s pie in the highly lucrative 350cc segment for quite some time now. While Honda took its own sweet time, it was well worth the wait as the brand came up with the delectably refined Honda H’Ness CB350. And in less than five months since its launch, the Japanese brand followed it up with the Honda CB350RS.

When Honda teased the motorcycle in January-end, us enthusiasts had lofty hopes on what it could be. However, when Honda launched the motorcycle, it turned out to be a cat on the wall of sorts. The bike was neither a scrambler nor a cafe racer. And Honda’s idea of expanding the RS in the CB350RS as ‘Road Sailing’ didn’t really help its case. Here’s what we think Honda should’ve done:

A cafe racer that lives up to the RS badge:

Honda could’ve gone all out and offered proper retro-styled clubman handlebars instead of the flatter handlebar that it comes with. These are more comfortable than the even more aggressive clip-on units, all the while maintaining a degree of retro flair. A small flyscreen could’ve rounded off the package rather nicely.

The footpegs are already slightly rear-set, but we wish Honda could’ve offered a cafe-racer style seat with a pillion cowl as an optional accessory. Other sporty bits like bar-end rear-view mirrors, proper cafe-racer cowl, and a lighter exhaust system could have also been offered as a part of the accessory list.

Instead of leaving the fuel tank as is, Honda could’ve gone a step ahead and offered a slimmer unit like the one on the Royal Enfield Continental GT 650. That should help spirited riders hold on to their bikes with their knees better. Even if the capacity goes down by a litre of two, the tank should still be enough for everyday commutes. A Monza-style chrome fuel tank cap would’ve sweetened the deal even further.

The MRF Nylogrip Zapper Kurve block-pattern tyres look totally out of place on a bike with a sporty demeanour. It could’ve been replaced by something sportier, something that’s more suited for the road and the twisties. Sure, it may result in an increase in the rolling resistance, but that could be easily offset by increasing the size of the rear sprocket by a teeth or two. This will translate into sprightlier acceleration at the cost of outright speed. A long-stroke torque-biased motor isn’t really built for top-speed-smashing anyway, so that shouldn’t be an issue here.

The tyres should’ve been wrapped on 17-inch alloys on both ends. This should ensure the steering is a lot more flickable than the 19-inch wheel setup currently in the CB350RS as well as the H’Ness CB350. To top it all off, the rear end could use a pair of proper gas-charged shock absorbers for better damping. These additions should go a long way in enhancing the bike’s dynamics.

Better features for the internet-obsessed generation:

For some reason, Honda has skipped out on the dual-horn setup, USB port and turn-by-turn navigation with smartphone connectivity on the CB350RS, even though the same features are offered as standard on the H’Ness CB350 DLX Pro. Including them on the CB350RS would’ve made the bike more wholesome as a package.

With all these updates, it would be fair for Honda to demand a premium of around Rs 15,000- Rs 20,000 over the H’Ness CB350 for the CB350RS. THAT would still be a good deal considering the extent of upgrades you are then getting over the retro roadster. It would also help Honda exploit the segment gap between the smaller Husqvarna Vitpilen 250 and the bigger-engined Royal Enfield Continental GT 650. What do you guys think? Do let us know in the comments below.