Everything You Need To Know About The Honda H'Ness CB350

The H'Ness CB350 could very well be Royal Enfield’s worst nightmare. Here’s everything you need to know about the new neo-retro roadster 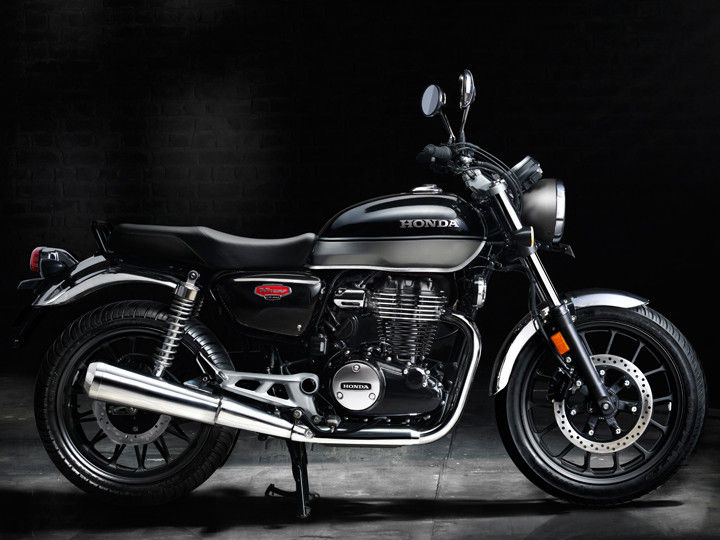 Honda has been labouring away behind the scenes to build a strong base in the lucrative mid-capacity retro segment in India. The first bike to pave the way for the Japanese brand in the neo-retro segment is the Honda H'Ness CB350. It'll go up against the mighty Royal Enfield Classic 350 which has been ruling the segment for over a decade. Quite a challenge, eh? No one said it’d be easy, but the H'Ness comes packed with a couple of segment-first features, a powerful 350cc motor, and of course Honda’s reliability quotient. So here’s everything you need to know about the H'Ness CB350:

The H'Ness CB350 carries forward Honda’s CB design language and even takes design cues from the 1970 CB350 and the CB1100 EX. While the overall silhouette remains pretty much the same, subtle changes help the H'Ness create its own identity. So you have the 80’s design theme which blends in with modern elements like the full circular LED headlight and tail light, practical alloy wheels rather than spoked rims, and a dual-tone seat (only on DLX Pro).

Don’t let the retro vibe fool you. The H'Ness CB350 is properly loaded and even gets a couple of segment-first features. You get a semi-digital info cluster with a tiny digital inset which reads out information like battery health monitor, two trip meters, an odometer, a fuel gauge, a clock, average/real-time fuel efficiency, distance to empty and... wait for it, a gear position indicator!

If that doesn't impress you, you could opt for the top-spec DLX Pro variant, which offers a Bluetooth-enabled console with turn-by-turn navigation, call/music controls, and weather updates which could be relayed to the rider via Honda’s Smartphone Voice Control system. Oh, and you even get a USB charging port integrated into the console and navigation keys on the switchgear just like the KTM 390 Duke.

As mentioned earlier, Honda's out to steal Royal Enfield’s thunder, and here's what makes us believe so. The CB350 is powered by a  brand new 348.36cc counter-balanced single-cylinder air-cooled long-stroke engine that puts out 21PS at 5500rpm and 30Nm at 3000rpm, making it the torquiest motorcycle in its class. It uses a 5-speed transmission with a slip & assist clutch. Interestingly, that's just 1.64PS and 2Nm more than the Classic 350 which uses a 346cc single-cylinder long-stroke engine.

Coincidence? Highly doubt it. But Honda has raised the stakes by introducing Honda Selectable Torque Control, in other words, traction control. That’s a segment-first feature and the most affordable bike in the country to get one. Apart from this, the bike also comes equipped with a start/stop switch, a side-stand cut-off switch and hazard lamps.

The Honda H'Ness CB350 is based on the modern half-duplex cradle frame which features a telescopic fork and a twin shock absorber setup at the rear. It gets a 310mm disc up front and 240mm disc at the rear. Dual-channel ABS comes as standard. It uses a 100/90-19 section tyre at the front and a 130/70-18 section tyre at the rear. Fuel tank capacity stands at 15-litres as opposed to the Classics 13.5-litre. The entire package weighs in at 181kg kerb -- 14kg lighter than the Classic 350.

The H'Ness CB350 is available in two trims: DLX and DLX Pro. The former is obviously the base variant which misses out on features such as Bluetooth connectivity, dual-tone finish and double horn unit. It comes in a total of six colours: red, black and green for the DLX model and black, blue and matte black in dual-tone liveries for the DLX Pro variant.

Bookings have already commenced for a token amount of Rs 5,000. As for the price, it’s likely to be announced in the coming weeks. According to Honda, the H'Ness CB350 will come in at a starting price of around Rs 1.90 lakh, which is a bit more expensive than the Gunmetal Grey Classic 350 with alloy wheels priced at Rs 1.83 lakh (both prices, ex-showroom Delhi).