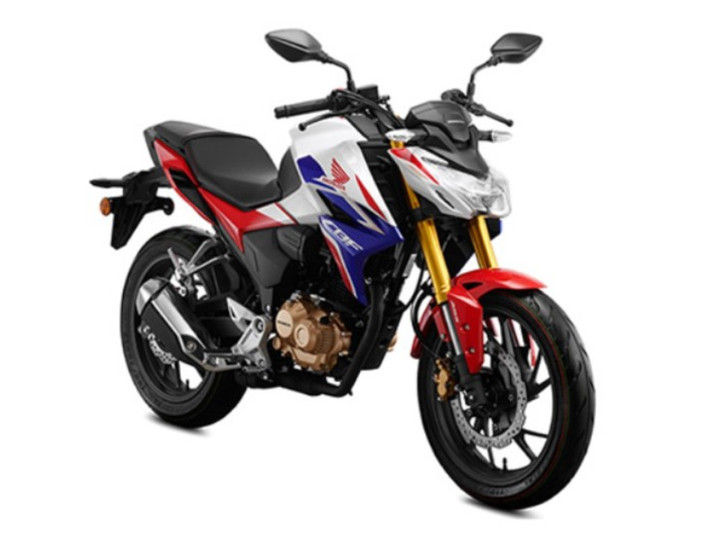 The 160cc two-wheeler segment has been abuzz with action over the past few months. Suzuki has introduced the BS6 version of the Gixxer, while Yamaha introduced the greener FZ V3 range. Meanwhile, Honda launched the BS6 X-Blade with some minor changes and a massive price hike, while the Unicorn got an all-new 160cc motor. TVS gave the Apache RTR 160 4V a facelift while Hero surprised everyone by riding in the new Xtreme 160R.

Among all this, one bike was sidelined: Honda CB Hornet 160R. It was surprising to see the popular Hornet missing from the list of updated bikes. It seems that Honda has planned something big for the CB Hornet and we have found through our sources that it will be introduced in a more powerful guise. Honda is expected to launch the CB Hornet with a 200cc motor to take on the likes of the TVS Apache RTR 200 4V, Bajaj Pulsar NS 200 and the Hero Xtreme 200R.

Also Read: Is Honda Working On A 160cc Retro Motorcycle?

Honda had patented the CBF190R for the Indian market in 2019. This leads us to believe that the upcoming Honda CB Hornet 200R could be based on this bike. The styling of the CBF190R is sharper and sportier than the CB Hornet 160R with sharp lines and a distinct LED headlight. It also features an all-digital instrument console.

The Honda CBF190R is powered by a 184cc single-cylinder air-cooled motor producing 16.86PS and 16.3Nm. As you can see, the power figures aren’t great and are comparable to the Honda X-Blade and the Apache RTR 160 4V. We are sure that Honda engineers would have reworked the motor to meet BS6 emission norms and also extract more power. It will be interesting to see whether the upcoming Honda 200cc bike will feature a 5-speed or a 6-speed gearbox.

Unlike the CB190R, the Honda CB Hornet 200R won’t feature an upside down (USD) front fork and will be equipped with a conventional telescopic fork to keep costs in check. However, it will feature front and rear and dual-channel ABS is likely to be standard.

Also Read: Exclusive - Honda CBR1000RR-R Will Shock You With Its Performance & Price Tag

Honda has been very secretive of its new 200cc bike and we feel it makes good sense for the Japanese brand. The Honda X-Blade BS6 is priced at almost Rs 1.07 lakh, a massive increment of Rs 17,500 over the BS4 variant. This meant that the X-Blade and the CB Hornet 160R would overlap each other and hence Honda would have decided to step up and enter the 200cc segment.  The TVS Apache RTR 200 4V is priced at Rs 1.27 lakh and we expect the upcoming Honda CB Hornet 200R to be priced under Rs 1.40 lakh (ex-showroom). The new 200cc bike will also be a good upgrade for existing Hornet 160R and X-Blade owners.