Is this Honda's Upcoming 200cc Motorcycle? 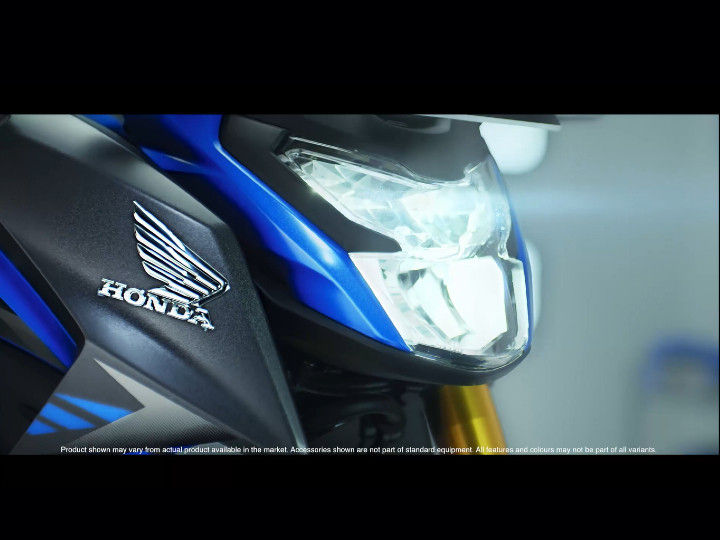 Honda has released a teaser video of its upcoming motorcycle that's scheduled to launch on August 27. A close examination of the teaser reveals an all new bodywork that's sharper and more aggressive. While Honda has remained tight lipped about the specifics of the upcoming motorcycle, we have reasons to believe this is the CB Hornet 200R and a more premium replacement for the CB Hornet 160R. Given that the CB Hornet 160R has not yet been launched in BS6 trim and the X-Blade BS6 now being Rs 17,000 more expensive than the BS4 model, a larger 200cc bike seems logical. Also a 200cc motorcycle allows Honda to finally enter the exclusive 200cc segment.

The new motorcycle gets large fuel tank extensions with a 3D Honda emblem as well as an engine cowl. It gets a sharp looking LED headlamp unit. The bike gets a fuel tank-mounted ignition and a flush-fitting aircraft-style fuel filler cap. The new digital instrument console gets negative LCD layout with an additional gear position indicator. It gets a premium looking dual-tone blue and grey colour scheme as well. From what we see, the bodwork baring the headlamp looks similar to the Honda CBF 190R. Now Honda had patented the CBF 190R in India last year so we could be looking at a rebadged CBF 190R with upmarket updates.

Power comes from an air-cooled motor. Honda could borrow the CBF190R's 184cc single-cylinder air-cooled motor that delivers 16.86PS and 16.3Nm. However Honda could rework the motor to make more power and torque and also clear BS6 norms. Like Honda's premium BS6 two-wheelers, it could get an ACG starter motor for silent start stop operations. While Honda could equip the bike with either a 5-speed or a 6-speed gearbox, given the motor's simplicity we would bet on the former. In terms of underpinnings, the new motorcycle gets an upside down fork which should help improve the motorcycle’s dynamics. Like most performance motorcycles, the bike could get a monoshock suspension setup. Braking is expected to be via disc brakes at both ends with dual channel ABS as is the norm for the segment.

If this is indeed the Honda Hornet 200R, it will be the Japanese bikemaker’s largest motorcycle manufactured in India. Pricing has not been one of Honda's strong points so we expect the Hornet 200R to be priced at around Rs 1.40 lakh (ex-showroom). When launched the 200cc motorcycle would compete with the TVS Apache RTR 200 4V and the Bajaj Pulsar NS 200.