Thanks to the joint venture between 22 Motors and Kymco, the iFlow gets IONEX batteries 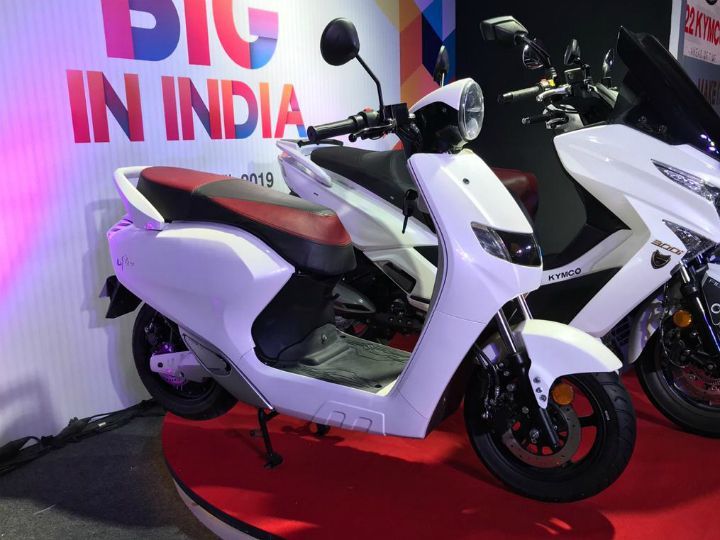 22Kymco has launched the iFlow electric scooter in India at Rs 90,000 (on-road). The Flow was first seen at the 2018 Auto Expo. The conventionally styled scooter gets modern features like LED headlamps, LED tail lamps and turn indicators. Features include a digital instrument console with Bluetooth and Cloud connectivity feature. It gets Geo-fencing feature that allows you to access data and track your scooter's location via app.

Thanks to the Taiwanese scooter brand Kymco buying a 25 per cent stake in 22 Motors in October 2018, the Indian startup gained access to Kymco’s IONEX battery technology. It is a swappable Lithium-ion battery tech consisting of lightweight portable batteries. It weighs just 5kg and can be fully charged in an hour. The iFlow can use up to two of these batteries which also has regenerative braking assist.

However, neither of these portable batteries are offered with the scooter, instead, they have to be leased separately for a monthly charge of Rs 1,000, or Rs 500 if you decide to go with just the one. This gives customers the flexibility to replace depleted batteries with new ones from the company's battery swapping stations. Thus eliminating the downtime faced during charging batteries. It also means that you get unlimited battery life. That said, customers will be charged a service fee of Rs 50 for every battery swap. So if you go to see, the monthly running cost of the iFlow will include a charge of Rs 500-1000, plus electricity costs.

22Kymco is currently working on setting up its battery swapping infrastructure which comprises of a wall of battery packs placed at convenient locations. The brand initially plans on targeting major cities like Delhi, Bangalore, Pune, Hyderabad, Kolkata and Ahmedabad.

Powering the iFlow is a 2.1KW motor which can deliver a claimed top speed of 60kmph. You get a Cruise and a Drag mode and a reverse assist mode as well. The iFlow is also the first electric scooter in the world to get hill assist feature.

The iFlow electric scooter gets suspension in the form of telescopic forks and rear twin shock absorbers. Braking is via front and rear disc with CBS as standard fitment. The scooter gets 12-inch wheels with tubeless tyres.

Deliveries for the electric scooter will start later this year in September. The manufacturers dealership network will consist of over 300 showrooms which will be setup across the country in the next three years. Competition for the 22Kymco iFlow comes from the Ather 450, and the Okinawa i-Praise.