Euro 5-Compliant Yamaha R3 Unveiled. Will It Come To India? 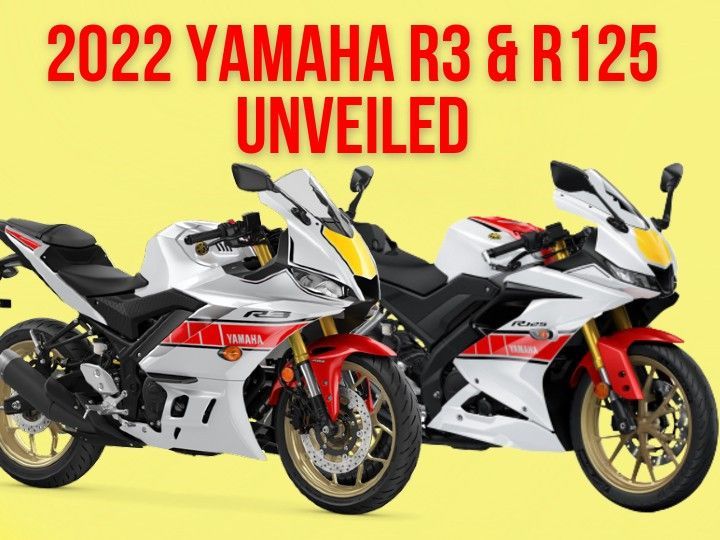 The year 2021 marks 60 years of Yamaha’s racing heritage. To celebrate the bike maker’s long and illustrious Grand Prix pedigree, the Japanese company has introduced a special 60th Anniversary livery for the YZF-R3 and YZF-R125. More importantly, the R3 has finally become Euro 5-compliant.

The new livery wraps the motorcycles in a fresh white bodywork, while Yamaha’s iconic speedblock-style pattern on the fairings add that special old-school touch to the package. MotoGP fans will recall that this is more or less the same livery used by Cal Crutchlow (Yamaha MotoGP test rider) in the pre-season MotoGP tests. There’s a red front fender, a yellow insert above the headlight (used by racers to put their numbers on), and golden alloy wheels bringing it all together.

The Yamaha R3 finally gets its much-needed Euro-5 update, making it suitable for Indian roads. And to help achieve this, Yamaha has tweaked the R3’s lower fairing cowl to accommodate a new catalytic converter. You also get two new standard colour options: dual-tone Icon Blue (with blue alloys) and a Yamaha Black with all-black bodywork.

The Yamaha R125, too, gets a new dual-tone Icon Blue colour along with a dark matte blue colour option. Since the R125 was already Euro 5-compliant, nothing else has changed.

Now that the R3 finally meets Euro-5 norms, it could soon make its way to India. The ‘when’ of it still remains a mystery, but considering Yamaha’s on course to launch the new R15 V4 soon, the R3 could arrive here next year itself.