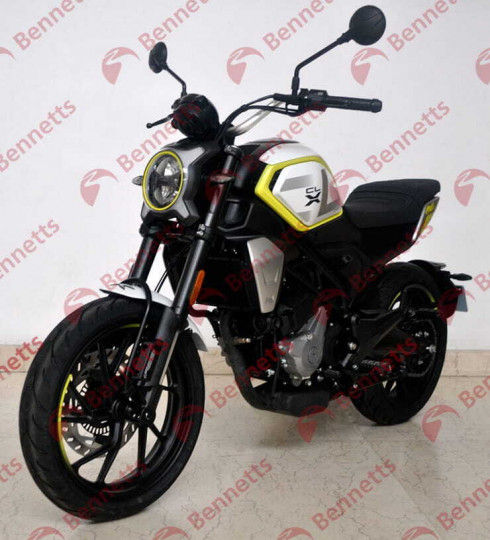 CFMoto had the world swooning over its neo-retro scrambler, the CL-X 700, and now the Chinese bikemaker is almost ready with a smaller sibling. The CFMoto 250 CL-X has been type-approved in China, and it is only a matter of a few months before the bike makes it to the European market, albeit in a 300cc avatar, and perhaps even in India.

The CL-X 700’s styling has been widely appreciated, thanks to the tasteful blend of neoteric and retro elements, and with the 250cc model, CFMoto has just scaled it down a bit. Right from the LED headlight with the distinctive ‘X’-shape to the single-piece seat and the tyre-hugger-mounted license plate holder and indicators, everything takes inspiration from the 700cc sibling.

The CFMoto 250 CL-X may debut in the coming weeks in China, and the European market may get it as the 300 CL-X, due to emission and license restrictions. Will it come to India? CFMoto certainly has some exciting products lined up for our market, which you can read about in our exclusive stories:

With such ambitious plans, it would be only fair to expect CFMoto to bring its neo-retro scrambler to take on the Husqvarna Svartpilen 250.