How competitively will it be priced?

(Update: The 2021 Royal Enfield Classic 350 has been launched in India. Head here to read the launch story.) 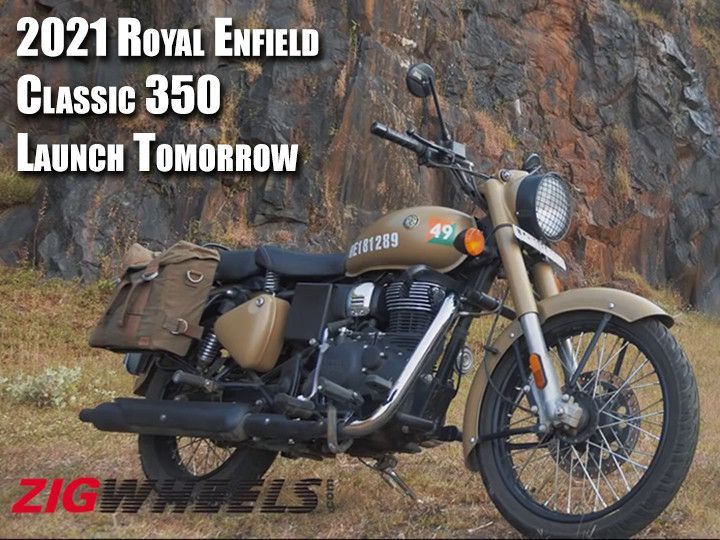 Thirteen years since the Classic 350 burst onto the scene and changed the fortunes of Royal Enfield, it is now time that it gets a generational makeover. This changeover takes place tomorrow, i.e. September 1, with the loved-but-flawed UCE Classic 350 ceasing to exist henceforth.

Going by the spy shots and multiple teasers across RE’s social media sites, the new J-platform Classic 350 retains the silhouette of the outgoing model. We have seen countless iterations of the bike running both spoke and alloy wheels. Hence, these could be variants of the bike, just like it was on the UCE model.

It was a bit surprising that Royal Enfield decided to invest some serious moolah in getting the 346cc UCE thumper up to the current BS6 emission norms. The motor was bound to be replaced by the new J1-349 engine, which first arrived on the Meteor 350 and was to make its way into the Classic. Now the UCE remains exclusive to the Bullet 350 only, which in essence, is a 50-year old motorcycle. On the Meteor, the 349cc engine makes 20.4PS and 27Nm, which is more than enough to handle Indian city and highway demands.

The Meteor was a significant step-up from the Thunderbird in terms of hardware. Hence, we think even the Classic will benefit from the uprated dual-cradle frame, better suspension components, and hopefully improved braking hardware.

Given the recent round of price revisions, it wouldn’t be a surprise if the base colour variants of the Classic 350 retail at the same price as UCE models. Even the premium colours could see a small price hike.