The Pan America and Custom 1250 were nowhere to be seen 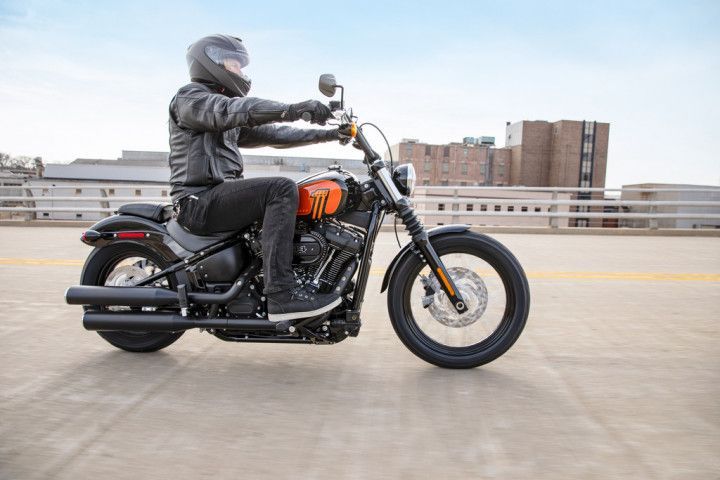 Harley-Davidson has seen some rough times in recent years. The declining sales and waning popularity of the brand led to a change in leadership and scrapping of its 'More Roads To Harley-Davidson’ expansion strategy. Now, under the new ‘Rewire’ plan, the American cruiser giant has revealed its 2021 lineup, with the new Street Bob 114 taking centre stage.

For 2021, Harley’s lightest Softail model also gets a pillion seat and footpegs as standard fitment. The bike retains its stripped-down styling with chopped fenders, mini-ape handlebars, and a small 13.5-litre tank. Oh, and if low slung cruisers are your thing, you can check out the review of the India-made Jawa Perak.

Harley also rolled out the updated Fat Boy 114. The changes are, however, purely cosmetic, with the subtle satin chrome finish on the exhaust and engine swapped for a bright chrome treatment. Another change to the Terminator’s favourite toy is the new LED headlight with LED DRL.

While the Street Bob 114 and Fat Boy have been updated for 2021, Harley-Davidson has axed the Low Rider, Deluxe, and FXDR from the Softail range. But the Low Rider S stays, and here’s how this softail fares.

Thanks to the recent fiasco in India, the brand’s Street lineup has seen some changes, with the Street 750 and Street Rod 750 having been shelved. As for the India debut of the new models, we can expect to see the Street Bob in the upcoming months. Also on cards for India are the new Custom 1250 and Pan America, which will be unveiled on February 22.