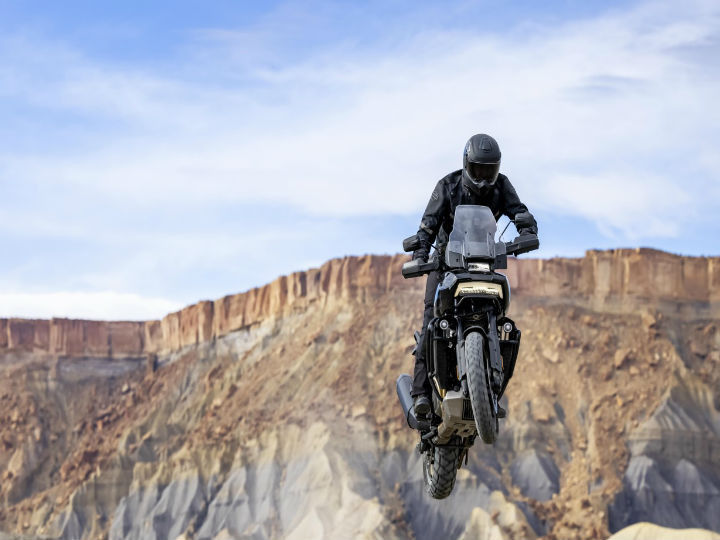 Harley-Davidson has announced that its 2021 lineup will make their global debut on January 19, 2021. Its first adventure tourer, the Harley-Davidson Pan America 1250 , will then make its global debut at another virtual event on February 22, 2021, during which we expect the American bikemaker to announce prices at least for the US market, to begin with.

Along with the 2021 model lineup, Harley will also unveil its new parts, apparel, riding gear and accessories in January. Aquaman star Jason Momoa will grace the virtual event in January with  his presence and share his passion for Harley's machines.

Other than the Pan America 1250, expect Harley to unveil the Custom 1250 as well as the updated Softail and Touring models. The bikemaker had also planned to introduce a 975cc naked, called the Bronx , but under the new 'Rewire' business plan, it seems to have been canceled, at least for 2021 . It was previously reported that this was done to ensure the limelight stays on the Pan America when it is launched. Moreover, under the 'Rewire' strategy, Harley has been streamlining its product lineup as well as its brand presence so that the focus (as well as the profit) is centered around the developed markets that do consistently well.

Also Read:  Harley's Small Bike Dream: Is It Still On?

As far as Harley's plans for India are concerned, it will continue its journey here with Hero MotoCorp 's help. You can read more about its impact on the dealers and customers in our exclusive report . Expect Harley-Davidson to launch the Pan America 1250 ADV and the Custom 1250 here by late-2021 . Hopefully, by then, the brand's new India-innings should have been stabilized. You can read all about the intricacies of the Pan America 1250 ADV here .