Harley-Davidson’s India Roadtrip: From The Highs To The Lows 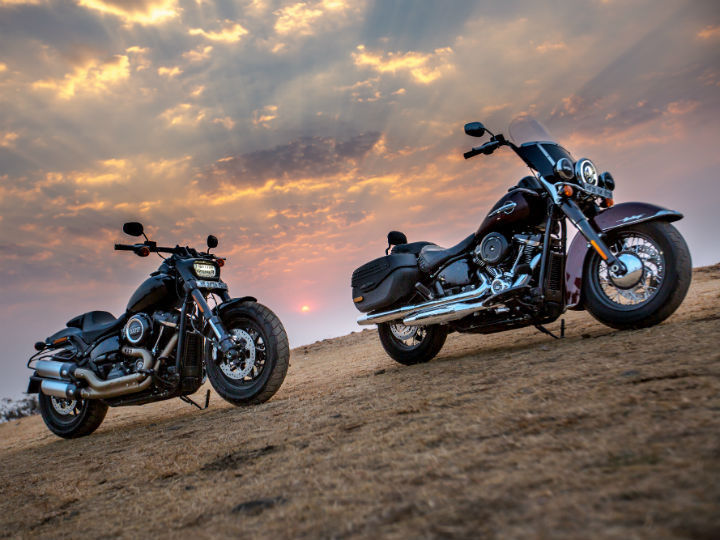 Harley-Davidson made an announcement yesterday that it will be exiting the Indian market. This news didn’t come as a surprise as it had been struggling with sales and revenue in the Indian market and the writing was on the wall. However, that wasn’t the case a decade back when it made a promising debut and was the numero uno in the premium two-wheeler space. Despite its initial success, it couldn’t capitalise on the Indian market and here’s a summary of its journey and exit from the country.

Harley-Davidson setup its India operations in 2009 and inaugurated its first dealership in 2010. The business model was simple, import bikes from the USA and sell them here. While the American brand wasn’t the first premium two-wheeler brand to enter the Indian market, it couldn’t have timed its entry better. The Indian economy was booming, many MNCs were setting their base in our country and the new generation of Indians were not shy from spending money on luxury.

Despite the Harley-Davidson cruisers being priced at a premium, they were doing brisk sales owing to the aspirational value attached to it. While the 2000s was the decade of superbikes, the 2010s seemed like the decade of the cruisers. Another reason for the popularity of the brand was its HOG programme that promoted riding culture for big bikes which still hasn’t been replicated by any other premium bikemaker. Such was the brand's debut that it quickly became the number one player in the premium two-wheeler space. Harley’s India operations received a shot in the arm when the brand decided to commence CKD operations in India for a few bikes including the hugely popular Fat Boy. Local assembly brought the prices down by a couple of lakh rupees and this further boosted sales.

Getting the India connect

While sales were going strong, Harley knew that despite CKD, the brand wasn’t particularly accessible to Indian bikers. For this very reason, it took a bold decision and revealed the Harley-Davidson Street 500 and the Street 750 in 2011. Both bikes were a big departure from traditional Harleys and were designed with feedback from urban riders. It also featured a liquid-cooled 60-degree V-twin motor, a far cry from the iconic air-cooled and 45-degree bank angle.

The Harley-Davidson Street 750 was compact, modern and swift, something that you couldn’t say about traditional Harley models. More importantly, the Harley-Davidson Street 500 and the Street 750 were manufactured in India. While the Street 500 was reserved for export, the Street 750 was launched at the 2014 Auto Expo at Rs 4.10 lakh (ex-showroom). This made the Street 750 almost half the price of the next most affordable bike from the iconic American brand and as expected, sales figures went up massively. In fact, Harley had set itself a target of 10,000 units a year in 2016, but things were about to change.

Big bike owners were exploring their new found love for cruisers and Harley was the brand benefitting the most from this love story. Many of these buyers had learnt a hard lesson that superbikes, despite being enticing with their speed and styling, need massive amounts of skill to master them. Also, the aggressive riding posture and high-revving engine is great fun on the race track, but on public roads they were a handful.

Harley cruisers offered a relaxed riding posture, torquey engine and the bling factor that nothing else on two-wheels could match. However, many owners soon realised that the big cruisers are great for touring on the wide open highways of the USA and the cooler weather of Europe than the hot and humid climes we are accustomed to. Riding them on Indian roads was a task, especially in urban traffic. They were bulky, had low ground clearance and the engine could toast your legs.

Another problem for Harley was that it was stuck with cruisers, so if an owner wanted to shift to a different genre of motorcycles, he or she had to shift brands. While its rivals built nakeds, superbikes, cruisers and ADVs, the only option for a Harley-Davidson owner was another cruiser. Additionally, Harley was a bit slow in adopting the latest in technology, something that a modern big bike buyer cared about. This dependency on cruisers had helped Harley-Davidson become the number one premium bikemaker in India, but it also brought about its downfall.

While existing Harley owners weren’t too confident in upgrading among the brand, a new breed of performance bikes was making a mark in India - ADVs. Harley owners, as we mentioned before, loved to go touring and they suddenly discovered that touring can be done in much better comfort and they can explore more on adventure tourers. With awareness growing, lots of big bike owners shifted to the Triumph Tiger and other ADV offerings.

The American brand had envisioned that the Street 750 will be a runaway success and that it would be able to keep the sales figures ticking. However, the first few lots of the bikes faced quality and braking issues, with social media also emerging around the same time, the brand took a hit. Although Harley did manage to fix the issues with the bike, the damage had been done. Another aspect going against the Street 750 was that the purists never treated it as a ‘real Harley-Davidson’. The American brand did try to add a bit of oomph to the Street 750 by launching the Street Rod, but it failed to attract buyers.

The final nail in the coffin

With sales dwindling, Harley had to do something radical and it did! The most traditional two-wheeler brand went futuristic by riding in the Livewire. The Harley-Davidson Livewire was the first premium production electric motorcycle from an established brand and it made an impact with its styling and performance. But a shocker of a price tag ($30,000) meant that it failed to make any impact. It also launched the new 114 MIlwaukee motor and gave the Fatboy a major facelift. However, sales in India kept on sliding.

Another big setback for Harley was the launch of the Royal Enfield 650 twins. Both the bikes offered almost the same levels of performance as the Street 750 for less than half the price of the Harley offering. WIth the Street 750, the American two-wheeler giant did make a huge price cut with respect to its product portfolio, but it wasn’t the case with our market. Indian buyers are among the most difficult customer base in the world and value ranks high no matter what the segment of bike is.

Another problem was that despite shelling out above Rs 5 lakh, the Street 750 had the tag of the “cheapest Harley”. It’s a bit like the Apple iPhone 5C, which the mobile giant thought would garner sales volumes in a price sensitive market like India. But it was also the “cheapest iPhone” and Indian buyers maintained social distancing with it. With sales dwindling globally, Harley showcased its new direction that included e-bikes, an ADV motorcycle and a streetfighter! However, that vision didn’t last too long with the COVID-19 pandemic.

The pandemic has hit the economy hard and consumers are shying away from buying luxury goods and Harley’s sales in India in 2020 was under 500 units. For a brand that set itself a target of 10,000 units a year in 2016, it took 10 years to reach the 25,000 unit sales landmark. WIth losses mounting, Harley-Davidson's CEO Matthew Leviach was asked to step down earlier this year. His successor, Jochen Zeitz has come up with a radical new strategy called ‘The Rewire’ and as part of this new programme, the brand has decided to exit markets where it has been performing poorly.

India is among that list and the world’s largest two-wheeler market contributes just 5 percent of the overall sales. Harley decided to pull the plug on its Indian arm and announced that it will be shutting down its manufacturing facility in Bawal, Haryana. This also means the end of the road for the Harley-Davidson Street 750 and the Street 500. With this came the end of a rather colourful journey of the iconic brand in the Indian market. Harley-Davidson has confirmed that sales and services will continue till their contract lasts.

There are also rumours of Hero MotoCorp taking over the Indian business of the American brand. What we feel is that Harley will scale down Indian operations, but will continue to be present with its high displacement cruisers that might be brought to our country via the CBU route. Whether Harley-Davidson will survive or not is something only time will decide, but its impact on the premium Indian two-wheeler space will definitely outlast its Indian operations timeline.