From opening the floodgates to affordable premium biking to drifting into oblivion, it has been an eventful run for the Harley-Davidson Street 750 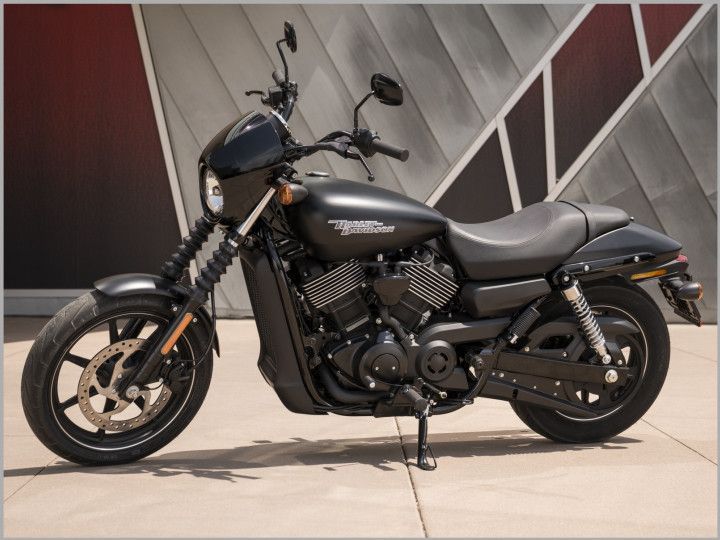 Globalisation reached new heights by the end of the first decade of the millennia. In parallel, the awareness and the need for lifestyle motorcycling also gathered momentum, even in developing countries. Iconic American cruiser maker Harley-Davidson couldn’t just rest on its laurels of being the go-to brand for big block two-wheeled American iron anymore.

They realised the massive potential of the mid-capacity cruiser segment and came up with the Street platform. Consisting of the Street 750 and the Street 500, they were the company’s first all-new motorcycles after 13 long years! Here’s how the journey of the bigger and more important cruiser, the Harley-Davidson Street 750, has been:

The start of a new era:

On the freezing cold night of the fifth of November, 2013, just on the eve of the 2013 EICMA show in Milan, Harley-Davidson took the wraps off something that warmed the hearts of both budget cruiser enthusiasts and stakeholders alike. It was the Harley-Davidson Street 750 and Street 500. These motorcycles heralded a new era for the American bikemaker. The formula was simple -- make a small-capacity cruiser (small by Harley standards), invade developing markets, and rake in the moolah. And the Street 750 seemed to have ticked all the boxes when it was revealed globally. So when Harley’s Senior Vice President Mark-Hans Richer called the bikes “our path to the future”, the words sounded nothing short of prophetic to a discerning enthusiast.

Hitting the Streets of India:

Being no stranger to the biking culture, Harley-Davidson picked the right place to unveil the Street 750 in India -- the India Bike Week in Goa, January 2014. Then, in the following month, the motorcycle was launched in the hallowed halls of Auto Expo 2014. Harley set a killer price tag of Rs 4.10 lakh (ex-showroom Delhi) for the Street 750, making it one of India's most affordable big bikes. While the whole media fraternity was in awe, one man looked a bit disappointed. The man in question was Anoop Prakash, the bossman of Harley India. The reason for his disappointment was that he wanted the bike to be introduced under Rs 4 lakh! It gave Indian enthusiasts a taste of the American sense of freedom and let them enjoy leisure motorcycling with the Harley family. Also Read: Harley-Davidson Low Rider S: First Ride Review

The Street 750 was a departure from Harley’s regular cruisers in a lot of (positive) ways. It packed a modern liquid-cooled Revolution-X engine, second only to the legendary Porsche-developed Harley-Davidson V-Rod. Liquid-cooling was incorporated based on the feedback given by customers in Asian and other developing countries owing to the traffic-clogged urban cities and high temperatures.

The 65Nm motor was grunty enough for all your commuting and touring needs on Indian roads. It was also relatively lighter (again, by Harley’s standards) and nimble to be used in the city. All these factors, coupled with the competitive price tag, made it one of India's most sought-after Harleys. So, it wasn’t really surprising when it contributed a massive 69 percent share to Harley’s total sales from April to December in 2014, the year of its launch.

While Harley-Davidson got many things spot-on with the Street 750, it wasn’t exactly a flawless product. Slowly, concerns about the bike’s poor braking system reared its ugly head. But before that, there was another concern -- a problematic fuel system. The Street 750 was recalled for the first time in 2015 because the fuel pump inlet seal was found faulty.

But its woes didn’t simply fade away as the brake pads did in the initial years. In 2016, several customers complained of severe brake fade and premature calliper wear that led to accidents in worst cases. But Harley wasn’t really proactive about solving the problem. Around three years later, in February 2019, the brand issued a silent recall of the motorcycle manufactured from 2016 onwards.

Close to 44,000 bikes under the Street range were affected, including the 750 and the 500. According to Harley, the brake calliper piston bores were prone to corrosion, resulting in the brakes to drag. The report also added that the extra drag could affect the bike’s stability and increase the risk of a crash. But after that recall, most of the issues with the brakes were resolved.

Back to business with the BS6 avatar:

As the deadline for the stringent BS6 emission norms drew closer, Harley-Davidson took action and launched India's first BS6-compliant motorcycle in August 2019, the Street 750 BS6. The launch also coincided with the brand’s ten-year run in India.

So what’s more special than giving the most popular Harley a desi treatment! The BS6-compliant Street 750 was draped in a unique livery, with floral patterns on the fuel tank and on the tail section. And in a traditional Harley style, everything else was blacked-out. This 300-unit limited-edition motorcycle was priced at Rs 5,47,100 (ex-showroom India).

The fall of the Phoenix:

Keeping the Street 750 updated to comply with the latest safety and emission regulations wasn’t enough. The brand itself was hurting from ever-changing segment trends, bad marketing decisions and ultimately, the grave economic impact of the ongoing coronavirus pandemic. All these factors, coupled with the brand’s new marketing strategies, resulted in Harley-Davidson exiting the Indian market in September 2020.

This move also led to the closure of the brand’s plant in Bawal, Haryana, where all the Street 750s were made for both local and international markets. While Harley announced its re-entry into the Indian market with the help of Hero MotoCorp, the Street 750’s fate was sealed. With the new arrangement, the brand is only likely to sell bikes via the CBU route as Harley’s only plant in India is now shut.

This decision led to the bike being axed from the brand’s 2021 lineup too. Thankfully, the Street 500 survived, at least as far as the American market was concerned. That’s probably because it is still being manufactured in the brand’s Kansas City facility in the USA.

While the Street 750 may no longer be with us, there is still a glimmer of hope in the form of a smaller and more affordable motorcycle from Harley-Davidson. Will it be able to reignite Harley’s American glory and the sense of freedom among us bikers? Only time will tell.