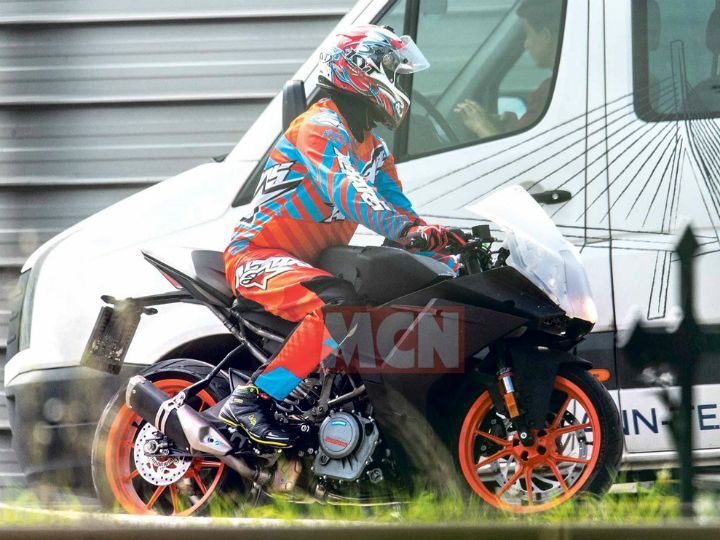 Everyone's favourite budget track-tamer is set for an update. Yes, the all-new KTM RC 390 was spotted testing recently. While it is still too soon to say what has changed, here's what we can tell from the spy images.

While the last-gen RC 390 wasn’t the most comfortable of bikes to ride, KTM seems to have given rider comfort a priority here. For starters, it now sports a large screen at the front for better wind deflection. Also, the handlebar is now positioned higher while the fuel tank seems to be larger for better range and and much less angular for improved ergonomics.

Behind the screen, we suspect KTM is hiding new LED headlights and a fully-digital TFT instrument cluster, just like the one seen on the KTM 390 Duke. The rear subframe also seems to be altered for more on-road comfort. A larger fairing make it look more bulkier than before.

Hiding beneath it might be a BSVI-compliant engine and it could see a minor increase in capacity and power as well. Currently, the RC 390 is powered by a 373.2cc single-cylinder, liquid-cooled engine that produces 43.5PS of power and 36Nm of torque, mated to a 6-speed race-tuned gearbox. We're also expecting KTM to update the RC's underpinnings with better-spec WP suspension setup.

That said, don't expect to see it in flesh anytime soon. KTM might showcase the motorcycle at next year's EICMA show, followed by a launch in early 2020. A slight price bump is expected from the current price tag of 2.41 lakh (ex-showroom Delhi).