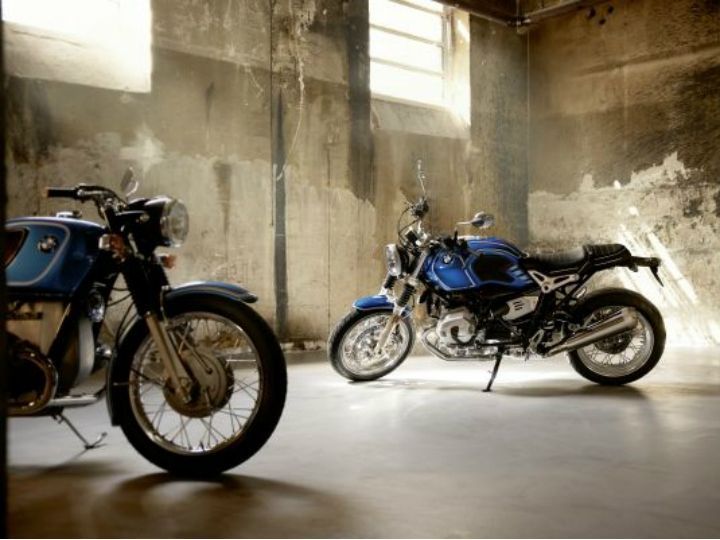 To celebrate the 50th anniversary of the BMW /5 series and its Berlin Spandau manufacturing plant, BMW Motorrad has unveiled a gorgeous special edition of the R NineT called the R nineT /5. The special edition R NineT gets several noteworthy retro design elements which harks back to the iconic styling of the /5 series.

The special edition R Nine T sports a new Lupine Blue metallic paint option, which is similar to that of the older /5 motorcycle. Not just the colour, there are several nice touches such as the chrome treatment on the mirrors, exhaust manifold and the exhaust, which are reminiscent to the older /5 series models. Other changes include an aluminium silver finish on the engine, gearbox, fork slider tubes, wheel hubs and spokes. Additionally, it features a restyled seat, knee pads on the fuel tank and a blacked-out frame.

The R Nine T /5 is equipped with some modern-day goodies too. For instance, it gets heated grips, ASC (Automatic Stability Control) and ABS as standard. The 1,170cc powerplant remains the same as the standard variant. This monstrous engine belts out 110PS and 119Nm of torque, paired to a 6-speed transmission.

Unfortunately, as much as we’d like to see this gorgeous creation on the road, this is a one-off motorcycle and we don’t see it heading to production any time soon.