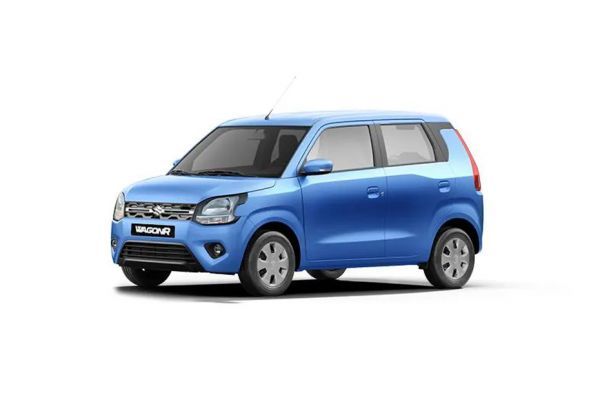 Maruti Suzuki has launched the BS6 Wagon R S-CNG in India. The LXI CNG and LXI (O) CNG variants now cost Rs 5.25 lakh and Rs 5.32 lakh respectively, up by Rs 19,000. They also get a fuel economy of 32.52km per kg, Maruti claims. The CNG Wagon R’s continuation in the BS6 era is part of the carmaker’s Mission Green Million initiative announced at Auto Expo 2020.

Previously, the carmaker had updated the 1.0-litre powertrain to BS6. It develops 68PS of power and 90Nm of torque, which is the same as the BS4 unit. However, the updated motor now returns 21.79 kmpl which is a little less than the BS4 unit’s 22.5kmpl claimed figure. Barring the CNG variants, the prices for the Wagon R 1.0-litre has been hiked by Rs 8,000.

For the first time ever, the WagonR will be offered with a choice of two engine options. First up is the 1.0-litre, three-cylinder engine that makes 68PS of power and 90Nm of torque. The other option is the 1.2-litre, four-cylinder engine that also does duty under the hood of the Swift, Ignis and the Baleno. This engine makes 83PS of power and 113Nm of torque. Notably, both engines will be offered with a manual gearbox as well as an AMT. The Wagon R is also available in a CNG variant as well. This is only available in the LXI and LXI(O) variants with the 1.0-litre engine. Maruti claims a fuel efficiency of 33.45km/kg.

Even with the generation change, there’s no way you’re mistaking the hatchback for anything else but a WagonR. It’s unabashedly boxy and carries over the same basic formula of tall height and XL-sized windows. There’s some novelty here, though. For instance, Maruti Suzuki has added a small sliver of chrome inside the headlamp for that premium touch. A portion of the C-pillar has been blacked out to give it that floating roof effect. The rear too now features larger tail lamps that extend towards the roof. Sadly, all the bling features we’d want, like daytime running lamps and alloy wheels, are missing. We’re told that alloy wheels will be offered as an accessory at the dealership level.

The cabin of the WagonR 2019 will be a familiar place for most. Here too, the basics are well thought of. The dashboard is upright and flat, opening up more space for the passengers. Then, there’s a healthy amount of storage space with the twin gloveboxes, a bottle holder in each door and the central cubbyholes. Sure, Maruti Suzuki isn’t breaking new ground as far as design is concerned. It looks a bit staid, if we’re polite. That said, there’s plenty of new features to be excited about. For starters, there’s the steering wheel from the Ignis (with controls for the audio and calls, no less), and a funky looking instrument cluster. Topping things off is the new touchscreen infotainment system. As far as safety is concerned, the top-spec WagonR will get dual airbags and ABS. Lower variants are expected to get at least a driver’s airbag as standard.

Maruti Celerio : : The Celerio was the car that kicked off the AMT revolution in India. Its recipe is similar to that of the Tiago: compact dimensions, efficient and reliable engines and a whole lot of efficiency. It doesn’t have the zing of the Tiago, but is a no-nonsense hatchback.

Tata Tiago : : The Tiago is the millennial in the Tata family. It’s practical and has a fun edge to it. More importantly, it’s the proverbial one-finger salute to those who believed Tata can make nothing more than the Indica.

Hyundai Santro : : Hyundai’s blockbuster is back in a better, more premium avatar. It’s not exactly the most affordable in its class, but you do get unparalleled quality for that extra money.

The new WagonR blends the strengths of the older versions with some new ones. Looks like it’s going to be easy for Maruti Suzuki to hold on to the number one spot in the segment.