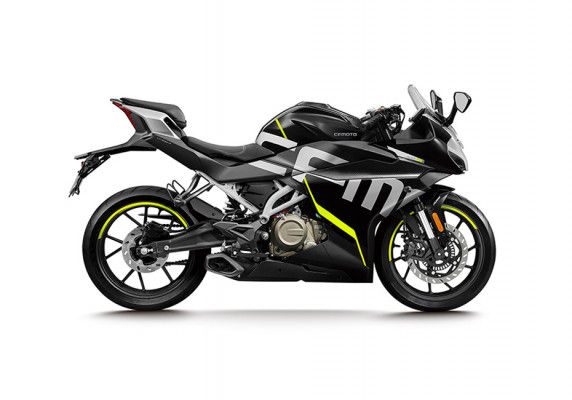 Alert me when launched Ask A Question
300SR Colors
rvmp_n_gpopup

CFMoto has unveiled the 300SR internationally. The 300SR is expected to come to our shores by the second half of this year. It could be priced at around Rs 2.5 lakh to Rs 2.8 lakh (ex-showroom). The motorcycle is powered by the same 292cc motor as seen on the 300NK. But in the fully faired variant, this unit belts out 29PS at 8750rpm and 25.3Nm at 7250rpm, mated to a six-speed gearbox.

The new CFMoto 300SR comes equipped with a USD fork at the front and a monoshock at the rear. However, we think CFMoto might have tweaked the suspension settings for the fully faired variant. Braking hardware consists of disc brakes at both ends and dual-channel ABS is offered as standard. When launched, it will compete against the KTM RC 390, Kawasaki Ninja 300, and Benelli 302R.

CFMoto 300SR is going to launch in India with an estimated price of Rs. 3.00 lakh