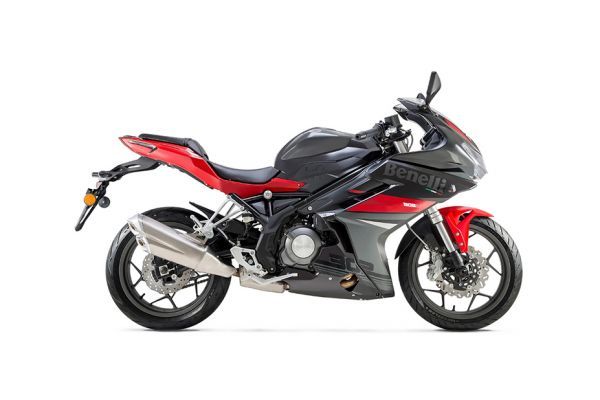 Alert me when launched Ask A Question
302R Colors
rvmp_n_gpopup

Benelli has unveiled the 2020 302R and this motorcycle could be the replacement for the BS4 302R. The 2020 motorcycle gets new livery and four new colours and an updated 300cc parallel-twin motor. It is expected to launch in India later this year. More details here.

Bookings for the DSK-Benelli 302R has commenced. Booking amount for the bike is Rs 30,000 and it is expected to be launched in India by first week of July, 2017. The 302R is the first full-faired offering from Benelli for India and was first showcased to Indian audience at the 2016 Auto Expo. The bike is expected to be priced above Rs 4 lakh (on-road) and the launch of the 302R was delayed in India because the manufacturer decided to offer ABS as standard fitment on the bike. The Benelli 302R will compete against the KTM RC 390, Kawasaki Ninja 300 and the Yamaha R3 in the Indian market.

The 302R sports is a stylish and modern design aimed at youngsters. It gets a a sharp and sporty styling while the full fairing body will be appreciated by Indian bikers who have a soft spot for it. The bike, as per the company, is a better handler around corners due to the use of a newly designed trellis frame that is now lighter than before. Bolted on to the frame of the 302R is the same 300cc, liquid-cooled, parallel-twin motor that also does duty in the TNT 300.

The motor is capable of developing 36PS of power at 12,000rpm and 27Nm of peak torque at 9,000rpm. The Italian bikemaker claims a top speed of over 170kmph for its faired motorcycle. Transmission duties are handled by a 6-speed gearbox. The bike comes with USD forks at the front and a monoshock at the rear. Stopping power is achieved from a dual-disc setup at the front and single disc unit for the rear.

Benelli 302R is going to launch in India with an estimated price of Rs. 3.1 Lakh

Take the loud and proud twin-cylinder motor from the TNT 300, stuff it in a new chassis to go along with the sporty new attire, and you have the 302R. We find out if this blend makes the new Italian a convincing entry level sportsbike.