Does the 2020 Glamour have what it takes to stand out in the competitive 125cc segment? 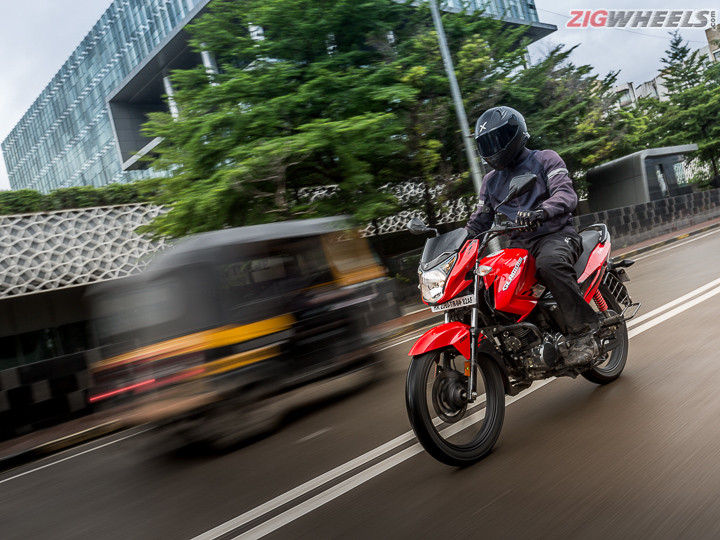 Nearly a decade before stringent emission norms made it impossible to run two-wheelers without fuel injection, Hero gave us the Glamour 125, India’s first fuel injected motorcycle. It has been one of the strongest players in the 125cc segment but has always been eclipsed by the Honda CB Shine thanks to the latter’s performance, reliability and refinement.

For 2020, though, the Glamour 125 gets a 5-speed transmission, all-new mechanicals and more importantly a BS6 compliant engine. But how have these changes made an impact?

It’s Easier On Your Wallet…

Small capacity motorcycles have been the worst affected after being updated to BS6 emission norms, and the Glamour 125 is no different. Strict emission norms have chipped away into the bike’s performance, dropping its power and torque output by just a bit. But the Glamour does have a quid pro quo, and that’s a 5-speed transmission which helps it extract better fuel efficiency. The gear ratios are short but evenly spread, thus making it a lot easier to ride.

Hero’s trademarked i3S start-stop technology also plays a key role in extracting more efficiency, especially in the city. The system works flawlessly as it comes to a halt within seconds of slotting the bike into neutral at a traffic light. All you need to do is pull on the clutch lever and the engine springs back to life thereby saving those precious ounces of fuel.

The five-speed transmission also proves to be quite beneficial out on the highway as it improves the Glamour’s cruising capabilities. The motor can sustain speeds of up to 70kmph on the highway but the engine does show some signs of strain at this point. You could however shed speeds to around 60-65kmph, which would keep the motor in its sweet spot and also help extract an incredible fuel efficiency figure of 69.5kmpl. That’s 3kmpl more frugal than its BS4 version within city limits. On the flipside, we found the gearbox to be a bit clunky, which resulted in a few miss-shifts.

The loss of performance may be evident in the Glamour 125’s acceleration runs, but that’s acceptable considering it’s a commuter. More importantly, it doesn’t hamper everyday usability as it feels more responsive at low speeds and in city commuting. It even manages to maintain its composure in roll-ons, which is useful for quick overtakes.

This is possible thanks to the bike’s meaty mid-range which kicks in between 40-70kmph. The initial gear ratios are quite short, which allows you to get up to speed fairly quickly. And once you are on the move, you can just as easily slot it into fifth and the engine will pull away cleanly from speeds as low as 25kmph.

Aiding the sheer tractability of the motor is a nifty new feature called AutoSail, a one-of-a-kind feature for the segment. It’s quite similar to Glide Through Traffic technology (GTT), a torque assist feature we recently sampled on the BS6 TVS Apache range.  All you have to do is slot the gearbox into first and gently release the clutch, which helps the torque kick in and allows you to sail slowly through thick traffic. The system is active in all gears and up to 25kmph. If we had to nitpick, we’d say the system does its job fairly well but isn’t as seamless as TVS's GTT.

We also felt the overall engine refinement could have been a bit better. While the motor feels quite polished for the most part, it can't hold a candle to its former partner Honda’s 125cc engine that we sampled on the SP125 earlier this year. The motor on the Glamour 125 feels smooth below 60kmph but has mild vibes emanating through the tank and footpegs once you go beyond the 70kmph mark.

Engine frugality isn't the only area where Hero has made some major strides, it has also kept the Glamour on a diet. And this is pretty evident when you swing your leg over. While most two-wheelers have gained weight, the Glamour has managed to shed 3kg which makes it extremely nimble. This can be credited to the brand new chassis and revised suspension components.

The new mechanicals help with better ground clearance -- 180mm as opposed to 159mm (30mm more). Then there's the wheelbase which has been increased from 1262mm to 1273mm (11mm more), which improves its overall stability. The Glamour’s sure footedness can be easily felt while commuting or out on the highway. Some of you may mistake the bike's longer wheelbase for laziness, but it really isn't as the Glamour feels quite dexterous while weaving through traffic. The weight loss means the BS6 Glamour is pretty easy to move around in the parking lot as well.

It Isn’t All Hale And Hearty:

The updated mechanicals have improved the Glamour 125’s stability and weight,  but it isn’t as impressive in terms of braking performance. The BS6 Glamour uses a 240mm disc up front and 130mm drum brake at the rear which offer ample bite but lack feel or progression -- thus making them extremely vague and dreary. To add to this, the bike’s low rolling resistance (for better fuel efficiency) MRF Nylogrip Zappers aren’t that grippy either, which can be felt in wet conditions. There were times when we felt the front end getting a bit squirmy on the brakes at speeds as low as 30kmph.

Granted, the suspension setup is all new with slightly longer travel but you may be in for a slight jolt if you think they're set up on the plush side.  The rear, especially, despite being on the softest preload setting, felt firm and failed to dial down sharp bumps. We believe it's tuned to lug goods around, as is the case in rural areas. So, if you are riding solo, the rear end does tend to be quite sharp. But once you get a pillion on board, or some heavy load for that matter, the ride improves ever so slightly. The heavier the load on the rear shocks, the better the ride gets.

You’d probably be bummed out with the seat cushioning and design too. Its slightly raked design and soft form density gets quite uncomfortable on long rides. The more time you spend on the saddle and sink into the seat, the more it intrudes with your tailbone. Pillion riders, on the other hand, won't be bothered by the seat but have their own demons to deal with thanks to the stiff rear suspension.

The use of plastics and materials, especially on the switchgear, feel sub-power and inferior compared to the competition. The semi-digital instrument console tends to fog up in the rains, rendering it difficult to read. On our test bike we noticed inconsistent panel gaps with fasteners coming loose in certain areas. Humidity has also led to certain galvanized bolts developing white rust. Even the mirrors feel flimsy and tend to move around on rough roads, which hampers your rear view vision.

With the updates it received, we expected the BS6 Glamour 125 to offer better refinement and finesse. Unfortunately it doesn't. Despite being the more premium of the two Hero 125cc bikes, the Glamour has nearabout the same features as the Honda Shine, the trademarked i3S tech being the feather in its cap. Sure, it delivers on fuel efficiency and pricing, but it misses out on comfort and bulletproof reliability and quality, something which is very crucial for a buyer in this segment.

Having said that, the Glamour 125 BS6 is a decent no-nonsense, practical commuter that delivers great fuel efficiency in almost all riding scenarios. And if that tops your list, it still makes sense.