The Avenger 180 brings more power to the table, but does it bring more value as well? 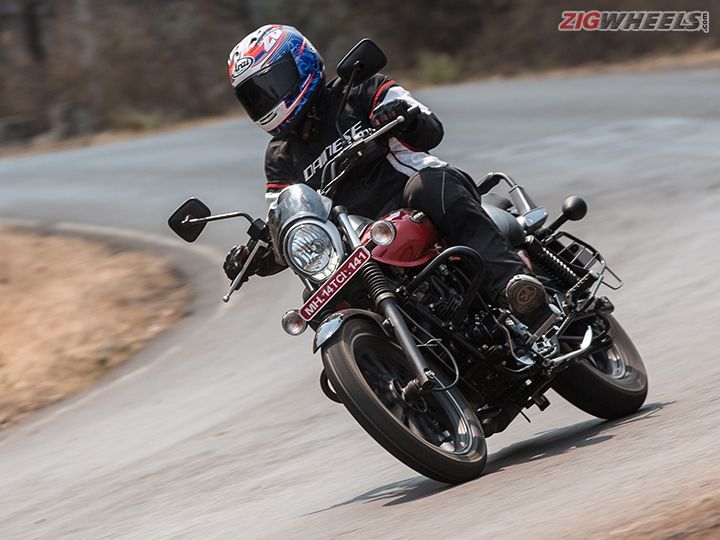 The new Avenger 180 is sort of life coming full circle for the Avenger lineup. One of the earliest cruiser motorcycles to be launched in India, the first ever Bajaj Avenger came with a displacement of 180cc. We did have the Bajaj Eliminator before that, but then the Avenger was an all-Indian effort. It did make way for larger 200 and then 220cc updates, the latter of which spawned the Street and Cruise series, and more recently, a smaller 150cc version too.

Now though, the Avenger 180 replaces the 150. Why, you ask. Bajaj says there is no substitute for displacement. A larger engine means more power and torque which in turn translates to better city and highway performance. The question, though, is what does it do to value, the prime factor, as this is India’s most affordable cruiser, replacing what was India’s most affordable cruiser to start with.

It’s important to note that this new Avenger 180 is available only in the Street guise. Why no 180 Cruise, you ask? Well, Bajaj wants to keep the Cruise lineup exclusive for Avengers with large-capacity engines, starting with the 220 of course. And though Bajaj remains tight lipped at this point, it hints at larger-than-220cc Avengers in the future.

When Bajaj launched the 2018 Avenger Street and Cruise series, it refreshed the Avenger 220 and not the Avenger 150. The new Avenger 180 Street borrows a lot from the Avenger 220 Street while carrying forward some elements from the Avenger 150 Street to keep its affordability factor in check. You get the new oblong-shaped headlamp with LED DRLs integrated at the bottom in place of the 150’s round chrome unit, and this now looks more modern and premium. Just like the latest Avenger 220 Street, this 180 also gets a nifty-looking visor atop the headlamp that just about covers the instrument cluster (The 220 Cruise now gets the front windshield as standard fitment).

Bajaj has decided to carry on with the semi-digital instrument cluster instead on the new, all-digital one on the 220. What you get is an analogue speedometer with digital odometer on the handlebar, and an analogue fuel gauge with warning lights integrated onto the fuel tank. Switchgear has been carried forward from the earlier variant. These use hard wearing plastics and lack the tactility and feel of the ones on the new-gen Pulsars.

For an added bit of sporty appeal, the contoured one-piece seat gets a new carbon fibre texture, just like on the 220 Street. The rear grab rail unit, taken from the 220 Street, is quite large, with its long plastic base covering up almost the entire sides of the tail section. It gets a thick rubber grip at the top that sort of doubles up as a rear backrest. Bajaj has opted out of a rear back rest for the Street series as it does not gel well with the aggressive design theme. We reckon if you want to, you could retrofit the back rest from the Cruise 220 onto the Street 180 (or 220). The tail lamp is a new unit borrowed from the Street 220, with new lens but misses out on LED lighting for a conventional bulb setup. Other cosmetic updates include new graphics and colours that include a darker shade of red and black. Overall though, the design remains the same as the first Avenger and has started to show its age. You could argue that, like Harleys, the design remains timeless but remember that even Harley-Davidson had to update its entire lineup to keep up with the times.

The motor casts away the rortiness of the Pulsar’s 180cc mill for improved refinement. It feels relaxed even at high rpm, though a mild buzz begins to creep past 50kmph through the seat, handlebar and mirrors. It isn't much of a bother but is enough to slightly distort the mirror’s visibility. Performance is a given but what impressed us was the engine’s flexibility. Despite the tall gearing, you could pull cleanly from fifth gears from speeds as low as 30kmph. The 5-speed gearbox has been lifted straight off the Pulsar 180 but what has changed is the final drive. It uses a 38-tooth rear sprocket (Street/Cruise 220 uses 36) lifted off the Avenger 150. This allows it to balance good initial pickup with a relaxed cruising experience at 70-80kmph, at which point the motor feels unstressed. We managed to see a speedo-indicated 120kmph which given speedo error should put top speed in the range of 110-115kmph. Bajaj says the 180cc motor should return close to 40kmpl in mixed riding conditions. So, along with the refinement levels, the real highlight of this motor is its flexibility.

A cruiser is all about comfort and Bajaj could have done well to replace the previous conventional rear shocks with gas-charged Nitrox units from its Pulsar and Dominar range. But this is something Bajaj hasn’t done with the 220cc Avengers, and has chosen not to do with the 180 as well, citing that fitting gas-charged units would involve chopping into the bodywork to accommodate the gas canisters. And that would mean messing with the cruiser’s clean styling. Interestingly, according to them, sticking with the basic, clean-looking rear shocks is something their customers preferred as well.

But while suspension architecture remains the same, travel has increased by 10mm from the 98mm of the Avenger 150. On the road this translates to more pliancy from the suspension and the ability to soak up larger bumps and undulations, despite being set up on the stiffer side. Whatever the road threw our way never unsettled the bike, nor transmitted any judders to the rider. In fact, the ride gets better with speed and the shocks never bottomed out anywhere.

The riding position, unique to the Street given its shorter handlebar, might feel cramped for larger riders. Seat cushioning remains soft but given the short ride time we were unable to gauge its effectiveness for long-distance touring.

Handling, though, remains unchanged. It’s still nimble to ride, especially in slow city traffic thanks to its light front end. What impressed us was its short turning radius, which, despite the raked out forks, makes U-turns in tight spaces an easy affair. That said, high-speed handling isn’t too confidence-inspiring as, at those speeds, the front end feels vague and reluctant to turn in. The bike tends to wallow in corners if you are pushing it too hard. The suspension setup is more attuned towards comfort than sharp handling. You have two tyre options: MRF radials or Eurogrip. Our test bike came with MRF tyres which provided good grip in most conditions. For brakes you have a 260mm front disc and 130mm rear drum. Braking is progressive but could do with more bite and feel, especially at the front.

The Avenger 180 feels happiest in the city and the occasional highway jaunt.

At Rs 85,498 (ex-showroom Delhi) the Avenger 180 Street is around Rs 5,000 more expensive than the Avenger 150 Street it replaces. For that, you get a better-looking bike and more performance. Even with the price hike it is a massive Rs 14,500 cheaper than its direct rival, the Suzuki Intruder 150. How does it fare up against the Intruder? That is a question that begs for a proper road test and one that we plan to get you soon. As for someone looking for a budget cruiser, the country’s most affordable cruiser just upped its game.