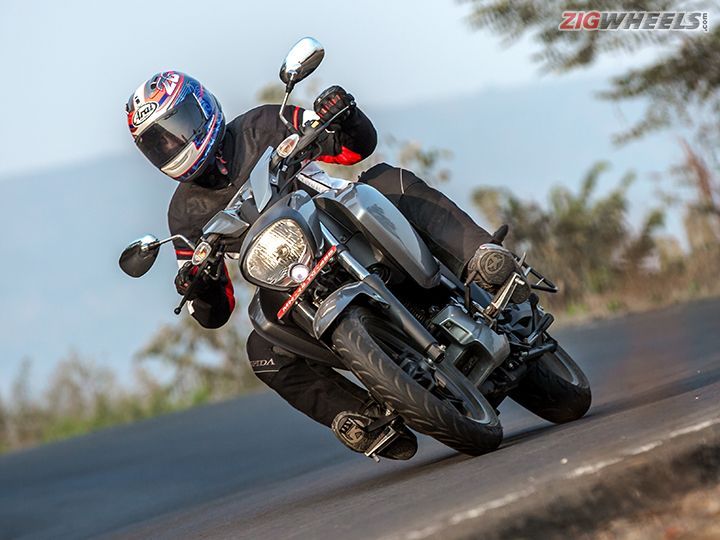 Although we may lust after powerful, large-capacity motorcycles, it remains a fact that most of the sales volumes for two-wheeler manufacturers come from products in segments under the Rs one lakh mark. It’s a segment dominated by scooters and 110cc commuter bikes for the most part. However, there still remains a niche for entry-level performance machines that pack 150-160cc engines. Most manufacturers worth their salt have their finest in this segment while some go even further by launching derivatives based on a particular model. Japanese two-wheeler giant, Suzuki, is one such manufacturer.

The company launched the 155cc Gixxer streetfighter and followed it up with a full-faired avatar of the same called the Gixxer SF. Recently, it took a step further and launched a cruiser based on the Gixxer called the Intruder 150, which goes up against Bajaj’s Avenger Street 150 in terms of specifications. However, the Intruder 150 costs as much as the Avenger 220 lineup rather than the one packing a smaller heart. So, has Suzuki lost the plot? Or does the Intruder 150 still make sense for the value-conscious customer?

We did ride the Intruder 150 before at Lavasa and that review should answer most of your questions. Read our first ride review here. Recently, we had another opportunity to put it through a comprehensive performance test to answer the all-important question: kitna deti hai? Read on to find out.

Specifications
As mentioned before, the Intruder 150 is based on the Gixxer’s versatile platform. The 150cc engine has been carried over, albeit with a few changes. The air-cooled, single-cylinder motor gets a larger airbox and has ditched fuel-injection in favour of a conventional carburettor. The power and torque figures remain the same as the Gixxer’s too - 14.8PS @ 8000rpm and 14Nm @ 6000rpm. Suzuki has unveiled a fuel-injected version at Auto Expo.

Thanks to its plastic panels, the Intruder 150 is heavier than the Gixxer SF by 8kg. To compensate, the cruiser uses a larger rear sprocket, which should effectively improve acceleration at the cost of top speed. While the 266mm front disc brake with Bybre calliper remain the same as the Gixxer SF, the rear now sports a 220mm disc brake with Bybre calliper instead of the Nissin units seen on the full faired motorcycle. Suzuki is offering ABS as standard too. It’s single-channel unit fitted on the front wheel. Meanwhile, the tyres are the same MRF units seen on the Gixxer SF - 110/80 R17 at the front and a 140/60 R17 at the rear.

From a standing start, the cruiser completed the quarter mile run in 19.91 seconds at a speed of 103.51kmph, which is reasonable for a motorcycle of this class. The motor’s flexibility shines in the roll-on times too. The sprint from 30-70kmph in 3rd gear took 6.12 seconds while 40-80kmph in 4th gear took 8.52 seconds. The numbers are on par, and in some cases even better, than most 150cc bikes. And when it came to top speed, we managed to get the Intruder up to 121kmph, which is not too shabby at all.

With ABS, the cruiser takes 38,83 metres to brake from 80kmph to zero. The same test from 60kmph was dispensed in 21.51 metres. The Gixxer SF, on the other hand, takes 4.74m and 4.03m less to do the 80-0kmph and 60-0kmph runs, respectively. This is on account of it weighing 8kg less than the cruiser. In fact, even the non-ABS version of the Gixxer posted better times. Although we do not have the braking figures of its closest competitors, the Bajaj Avenger 150 and 200, the Intruder 150 does a better job than most 150cc motorcycles we have tested and a shade slower than 160cc entry-level sports bikes.

Despite the added weight, the Intruder posted fuel efficiency figures that were just a shade under the carburetted Gixxer SF. On the highway run, the cruiser returned 54kmpl while the Gixxer SF clocked an average mileage of 55.02kmpl. This was due to the cruiser running at a relaxed 70-80kmph on the highway. The numbers remained close during the city efficiency run as well - 47.6kmpl for the Intruder and 48.5kmpl for the Gixxer SF. The shorter gearing meant that the cruiser did not need higher revs at slower speeds.

Summing It Up
Despite the added weight, Suzuki engineers have managed to keep the Intruder’s performance and fuel efficiency on par with its faired cousin. This, however, does not show in the braking figures thanks to the rear tyre’s propensity to lock up under hard braking which requires you to momentarily get off the rear brake pedal. However, it does make up for it by being the best handling small-capacity cruiser out there.

At Rs 98,340 (ex-showroom, Delhi), the Intruder 150 is expensive, especially when compared to the Bajaj Avenger Street 220. However, given its overall performance, dynamics and fuel efficiency, we think it makes great sense for someone looking for a small capacity cruiser. But how does it fare against the new 2018 Bajaj Avenger lineup? Well, you’ll need to wait for a proper comparison test to know that. So, stay tuned!