How does the Grand i10 Nios diesel score in terms of engine performance and fun to drive factor? 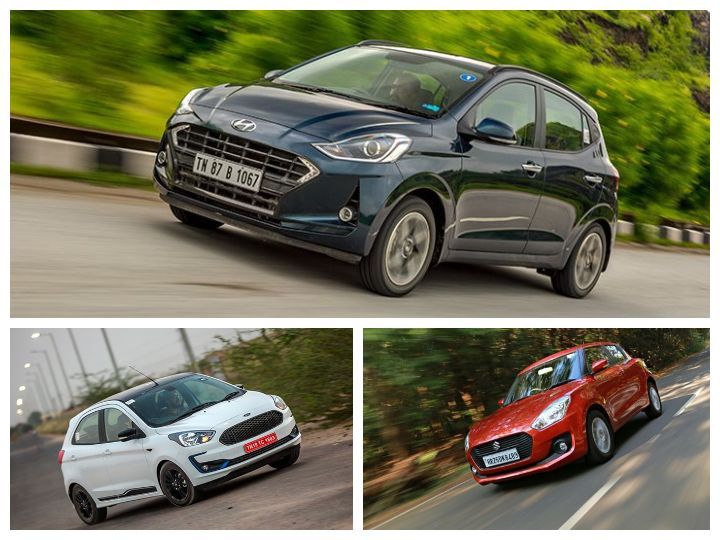 The Hyundai Grand i10 Nios is not only feature-loaded and practical, but it also comes with an adequately powerful 1.2-litre diesel engine. While the specifications sound rather healthy, only a true performance test can reveal how it performs on the road. So to find that out, we pitched the Nios diesel against the tried-and-tested Swift and the fun-to-drive Figo through a set of gruelling performance and mileage tests. Let’s find out.

The diesel variant of the Grand i10 Nios is powered by a 1.2-litre 3-cylinder unit. Despite being the smallest engine in this test, its power and torque figures are right up there with the Swift’s 1.3-litre unit. The Figo comes with the largest diesel engine here and naturally, it is the most powerful of the lot. This results in the Figo being the fastest during flat-out acceleration. It does the 0-100kmph run in 10.69 seconds, making it over 2 seconds faster than the Swift. The Nios is the slowest of the lot thanks to its shorter gearing which results in frequent gear shifts.

That said, the Nios has one of the best roll-on acceleration figures as it’s easier to keep the small engine on the boil on most occasions. It does the 40-100kmph in fourth gear in 14.06 seconds, making it the quickest in this lot. Meanwhile, the 30-80kmph in third gear is covered in 8.84 seconds, which makes it the slowest by a whisker. The Swift, on the other hand, is the fastest in the 30-80kmph run while the Figo is the slowest in the 40-100kmph run.

The Nios’ shorter gearing also means it has the best driveability in town, and this results in minimal gearshifts. This meant that the Nios boasted an impressive city fuel efficiency figure of 19.39kmpl. However, the shorter gearing took a toll on the highway efficiency as the engine was on the boil even at top gear. This resulted in the Nios returning 21.78kmpl out on the open road.

The Ford Figo’s diesel engine is the most powerful of the lot and is your best bet if you hit the highway quite frequently. Despite it being the most powerful, the Figo boasts decent fuel efficiency as well. On the other hand,  the Grand i10 Nios pitches itself as a perfect city runabout thanks to its shorter gearing and good driveability. Meanwhile, the Swift is an all-arounder and was the most fuel efficient in our tests.