Can the Hyundai Grand i10 Nios be numero uno in a four-way battle against the Figo and the Swift? 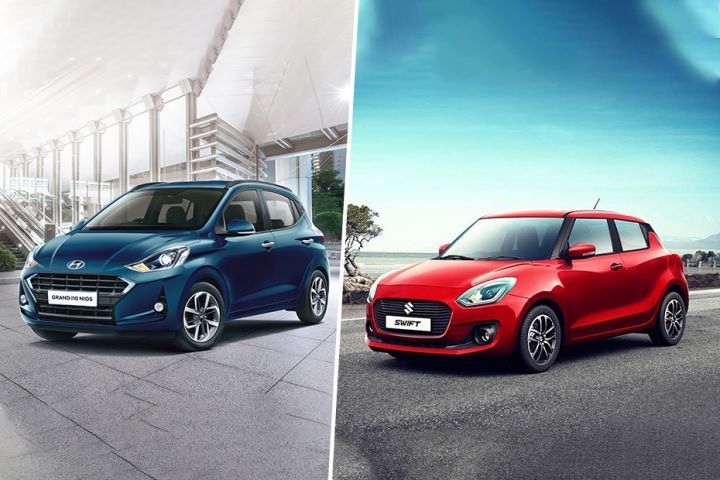 The Grand i10 Nios is larger than the Grand i10 though it is still smaller than the Swift and Figo. It must be mentioned that the Nios trails the Swift by a marginal amount in terms of length and height though both have an identical wheelbase. The Grand i10 is the smallest in all dimensions.

But while the Grand i10 might be the smallest of the bunch, Hyundai has cleverly packaged its interior. Leg space at the rear was right up there with the competition and the Grand i10 can comfortably seat five. Considering the fact that the Nios is longer, we expect it to be even more spacious than the Grand i10.

The above table makes it clear that the Grand i10 Nios gets the most amount of kit. It comes with features like a touchscreen infotainment system, automatic climate control, steering-mounted audio controls and a multi-info display. It also comes with convenience features like keyless entry and push button start, tilt steering and electrically adjustable and foldable ORVMs. The above mentioned features are present on other models as well. Apart from that, the Nios also comes with projector headlamps and DRLs which is found in the Swift and comes with rear AC vents to keep the rear occupants cool. Also, the i10 Nios comes with a wireless charging facility for your phone, which is a first in its class.

It must be mentioned that the Figo’s infotainment doesn’t come with Android Auto and Apple CarPlay functionality, which is a major miss in this connected world.

All four cars get you covered in this department as they come with dual airbags, ABS with EBD, rear parking sensors as well as a rear view camera. Special credits must be given to Ford as the top-spec Figo Titanium Blu comes with six airbags.

The Hyundai Grand i10 Nios petrol is powered the same 1.2-litre unit as the Grand i10, albeit with upgrades to meet BS6 emission norms. Power and torque figures are also the same at 83PS and 114Nm, which incidentally is almost the same as the Swift. But if it’s pure exhilaration you’re looking after, the Figo might be a good bet for you. Its 1.2-litre petrol unit develops a class-leading 96PS and 120Nm. Then there’s the automatic variant which uses a bigger 1.5-litre unit to produce 123PS and 150Nm.

When it comes to fuel efficiency the Swift is the leader, with a claimed figure of 21.4kmpl. Coming in at second is the Hyundai Grand i10 Nios which is followed by the Figo MT and then the Grand i10. Taking last position is the Ford Figo AT, which is justifiable considering it has the most powerful engine of this lot.

It must be mentioned that the Grand i10 Nios petrol and the Swift petrol are the only models in the segment that are BS6 compliant.

Just like its petrol counterpart, the Grand i10 Nios shares its 1.2-litre diesel powertrain with the Grand i10. But unlike the Nios petrol, the diesel engine hasn’t been updated to meet BS6 emission norms yet. The 1.2-litre unit, which incidentally is the smallest, develops 75PS of power and 190Nm, which puts it at par with the Swift. And just like the petrol Figo, the diesel produces class-leading figures here. While all models come with a 5-speed manual gearbox, the Swift and Grand i10 Nios comes with a 5-speed AMT.

The Hyundai Grand i10 Nios is priced from Rs 4.99 lakh to Rs 7.99 lakh (ex-showroom pan India), which is impressive considering the fact that it comes loaded with features and has adequately powerful engines. The fact that the Nios uses a BS6-compliant petrol unit and has a starting price that’s considerably lesser than the Figo and Swift sweetens the deal further.

We will be driving the Grand i10 Nios at the end of this month, so stay tuned for our first drive impressions.