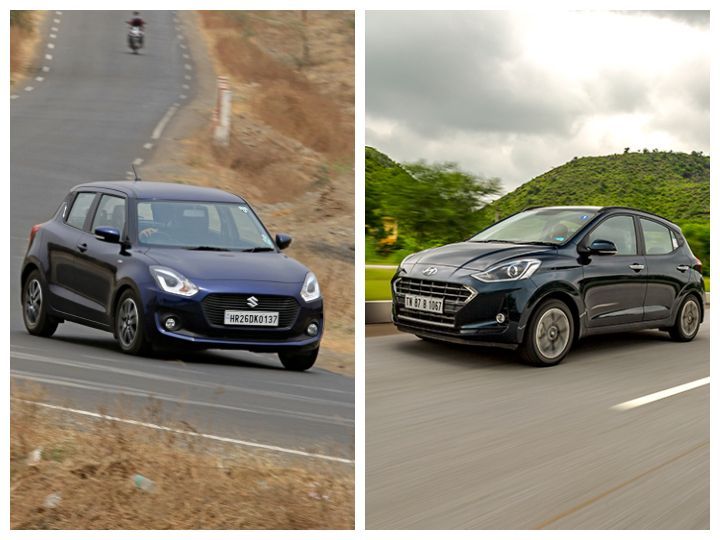 Earlier, we had compared the diesel variants of the Grand i10 Nios with its rivals, the Swift and Figo. That test proved that the Nios is a perfect city commuter.  Now, it's time to see how their petrol variants perform in the real world. Unlike the diesel variants, the Nios and its closest rival, the Swift, have some eerie similarities. Will both cars behave the same on road? Let’s find out.

Note: Ford didn’t have a petrol Figo for us to test, numbers for which will be added at a later date.

Both models come with a BS6-compliant 1.2-litre 4-cylinder petrol unit that develops an identical 83PS of peak power and 113Nm of peak torque. In fact, both cars develop their peak power and torque outputs at similar revs. Does that mean they offer equal performance?

That’s not the case. The Grand i10 Nios is a shade faster during flat-out acceleration. As per our VBOX runs, the Nios did the 0-100kmph run in 12.5 seconds while the Swift achieved the same in 12.71 seconds. That said, the Swift betters the Nios in the in-gear acceleration department. Thanks to the more free-revving K12B unit, the Swift does the 30-80kmph (3rd Gear) run in 10.46 seconds while the 40-100kmph (4th gear) run is covered in 19.73 seconds. This makes the Swift a full 0.82 seconds and 2.33 seconds faster than the Nios.

The Swift also shines in the fuel efficiency department. In the city, the Swift returned 16.10kmpl, which is around a kilometer better than the Nios. The highway figure sees the gap rise by a staggering 3.6km to the litre.

The above numbers make it evident that the Swift is the clear winner here. Yes, it might trail the Nios in flat-out acceleration but it is the better car in roll-on acceleration. It is also the more fuel efficient one here. With the Swift, you can have fun without breaking the bank.