The Tiago CNG is the latest entrant in the CNG space. We pit it against its rivals for a detailed on-paper comparison 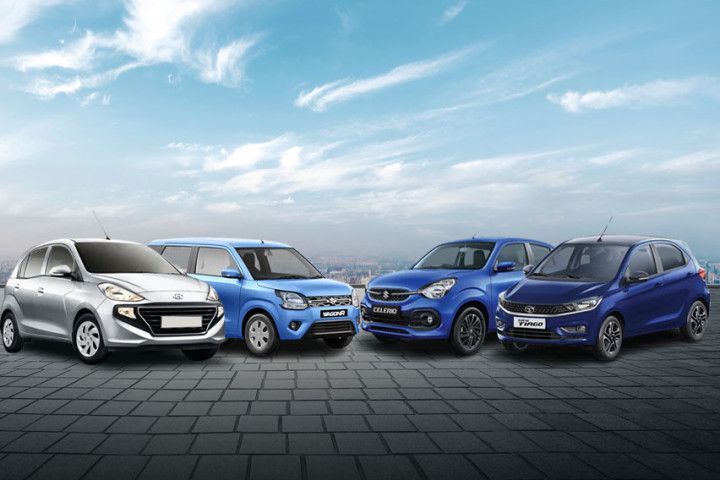 The Tata Tiago CNG is the latest entrant in the CNG space that's slowly gaining momentum in the country. Apart from the fact that it's cleaner and better for the environment, there's yet another USP to the Tiago CNG; it's available in a fully loaded trim.

But how do its specifications and features compare to its popular rivals, the CNG variants of the Maruti Suzuki Wagon R, Celerio, and the Hyundai Santro?

We find out exactly that in this detailed on-paper comparison.

The Tiago has the largest engine in this comparo and, consequently, is the most powerful on paper. The Maruti Celerio is the least powerful, while the Wagon R makes the least torque. The Santro is second in terms of power and is the only model in this test to boast a four-cylinder mill.

As standard, all CNG models in this test get a 5-speed manual transmission. They also get a 60-litre CNG tank, which brings us to the efficiency angle.

Clearly, the most powerful Tiago is the least fuel-efficient, while the Celerio beats the others in this department.

The Tiago's is the only CNG in this test to come in a fully loaded trim. So we compare it with its CNG rivals in their highest available trims

Save for the Celerio CNG (that’s available in a sole mid-spec trim), all other CNG variants have similar starting prices. The Wagon R CNG is offered only in the base trim, probably not to eat into the sales of the Celerio. Hyundai offers the Santro in two trims which are priced similarly to the Tiago’s first two trims.

The Tiago CNG does have the upper hand here as it’s offered in multiple trims at varying price points. This gives it an advantage over its rivals as you can get a fully loaded trim right from the factory.