Battle Of The Electric Scooters: Ather 450X vs Everve EF1

Has Ather finally found its competitor in the form of Everve Motors’ EF1? 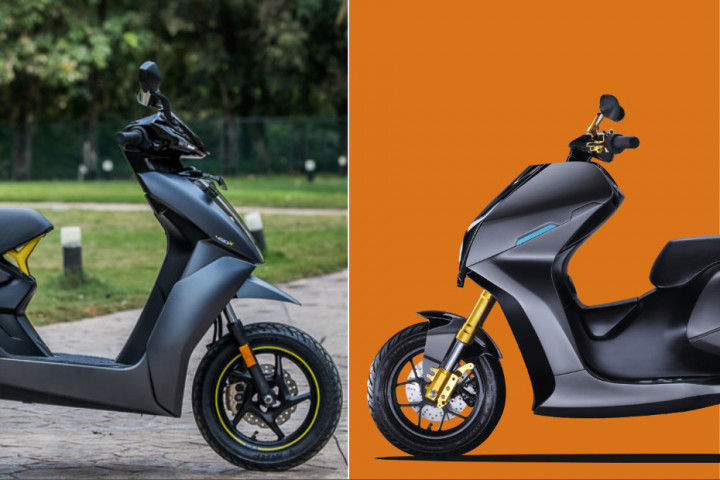 Do you know how many new petrol-powered two-wheelers were unveiled at Auto Expo 2020? One. Yup, just one. The Aprilia SXR160. Most of the space at this year’s expo was occupied by electrics. Amongst the many, many similar-looking scooters, there were a few that stood out, like the Everve EF1. Why? You ask. Well, thanks to its design and long list of features. But most importantly, the brand claims the EF1 is India’s most premium electric scooter -- a segment in which Ather has been doing fairly well. So, it only makes sense for us to pitch the Everve EF1 against the newly launched Ather 450X.

Both the Ather 450X and the Everve EF1 come with a long list of features. Both are equipped with LED lighting system, a fully digital TFT display, keyless start, reverse mode, and OTA updates. So, what’s different? Well, Everve hasn’t revealed the entire feature list as yet, but we expect the EV brand to add or remove a few features from the final production-spec model. So, it’s fair to wait until the scooter is officially launched in India.

In terms of styling, both the scooters are poles apart. While the Ather 450X carries forward the same conventional design of the standard 450, the EF1 with its bulbous bodywork looks quite odd… in a good way. The EF1 that was showcased at the expo was still a pre-production model, so we can only hope the production version looks similar to this one. If we had to choose a scooter to get more likes on the Internet, it would have to be the EF1.

The EF1 is equipped with fat upside-down telescopic fork and twin gas-charged shock absorbers. It gets chunky 12-inch tyres on both ends. The Ather 450X has a telescopic fork and a monoshock unit. It offers a brilliant ride quality, but we can’t say which one’s better until we ride both of them back to back. Moreover, the EF1 looks like a very heavy scooter compared to the 450X, which weighs 108kg (kerb).

Ather’s 450X retails for Rs 99,000 (ex-showroom). Wait, don’t book one just yet. Ather offers two subscription plans for the 450X: Pro (Rs 1,999) and Plus (Rs 1,699). Now, Everve hasn’t revealed the launch date or the prices as yet. But considering its premium positioning, it could be more expensive than the 450X. Will Everve sell it via subscription plans just like Ather and Revolt? We’ll have to wait and watch.