How Different Is The Honda Activa 6G From Its Predecessor?

Apart from a BS6-compliant engine, Honda has offered quite a few tangible features to make it a better deal than the Activa 5G 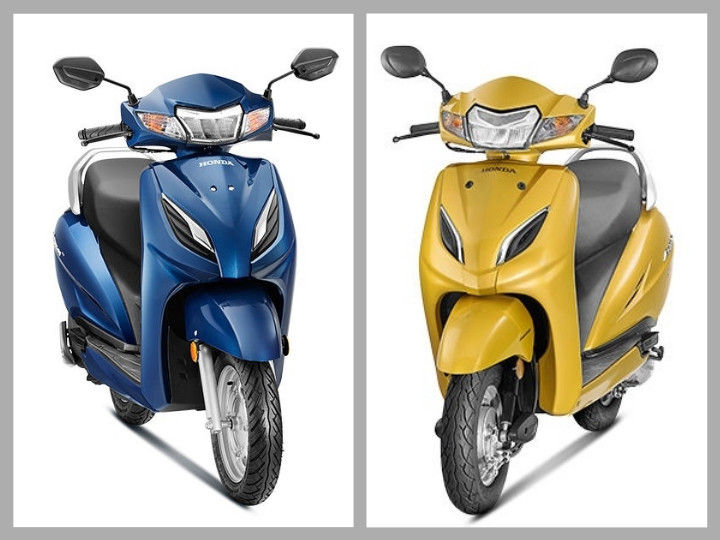 Honda has finally launched the Activa 6G in the country at a starting price of Rs 63,912 (ex-showroom Delhi). We all know it gets a fuel-injected BS6-compliant motor, but apart from that, how exactly is it different from the Activa 5G?

The Honda Activa 6G is around Rs 7,600 to Rs 7,900 dearer than the Activa 5G, depending on the variant. This table should give you a clearer idea:

As you can see, the premium you pay over the Activa 5G isn’t all that much considering you get a bunch of features, which are explained in the forthcoming paragraphs.

As you can see, the Activa 6G gets a new engine. Honda says the new scooter promises better bottom to mid-range performance, which is expected considering the stroke is longer and the bore shorter.

More importantly, the Honda Activa 6G gets an Alternating Current Generator (ACG) starter, which eliminates the need for a separate starter. In essence, it cranks up the powerplant using the same generator the scooter uses to power the electrical system. So in the real world, the engine startup is silent and instantaneous at the same time.

Like the Activa 125 BS6, the Activa 6G also gets a decompression feature, which reduces the amount of power required for compression during startup. There’s also a Swing Back function, which helps the piston to achieve a ‘running start’, making it easier to start the engine with a small amount of power. Additionally, it also gets an offset cylinder for reduced friction and tumble flow technology for improved combustion. To improve the cooling efficiency of the engine, it also comes with a piston cooling jet. The Honda Activa 5G gets none of these features.

With all these changes, the Honda Activa 6G is 10 per cent more fuel-efficient than its predecessor. For perspective, the Activa 5G returned a tested mileage of 58.1kmpl in the city and 55kmpl on the highway.

Over the generations, the Activa had been using a trailing link setup up front but now, Honda has finally equipped the Activa 6G with a telescopic front fork. This coupled with the new larger 12-inch front wheel should result in more supple ride quality. The rear also gets a three-step adjustable single shock absorber as opposed to a non-adjustable shock absorber in the Activa 5G. The rear gets the same 10-inch wheel as the BS4-compliant scooter, and even the 130mm drum brakes on both ends have been retained. We’d have liked it if Honda had offered a front disc with alloy wheels at least as an option.

Gets an external fuel filler and a couple of other features too:

To ensure more convenient refuelling, the Activa 6G gets an external fuel filler lid, which can be opened via a switch on the apron. Interestingly, the underseat storage has remained the same, at 18 litres. The Activa 6G also gets an engine kill switch and a pass beam switch -- both of which were absent in the Activa 5G. The new scooter gets a halogen headlamp for the base variant and LED headlamp for the DLX model. On the other hand, Honda offers LED headlamp as standard in both the base and DLX version of the Activa 5G.

Sadly though, Honda has done away with the semi-digital instrument cluster, which is available in the DLX variant of the Activa 5G. Now, both variants of the Activa 6G get an analogue instrument console. We expected Honda to retain the semi-digital layout at least in the DLX variant and were hoping it would have better features like real-time efficiency and range indicator. It looks like Honda has compromised on this, presumably to keep the costs in check.

For better practicality, the Activa 6G gets a 23mm longer floorboard space (260mm) than its predecessor. It also gets a 692mm seat, which is longer than the previous-generation scooter by 22mm. To ensure it can go over bad roads effortlessly, Honda has increased the ground clearance from 153mm to 171mm. The Japanese brand claims this is the best in the segment!

Even the wheelbase is up from 1238mm to 1260mm in the new scooter, which should ensure greater stability on the straights. The fuel tank capacity has remained the same at 5.3 litres. Interestingly, the Activa 6G is 2kg lighter than the Activa 5G, at 107kg kerb. Since the reduction of weight, as well as the power, are minuscule, there wouldn’t be any noticeable difference in the real-world dynamics of the scooter. However, we will get a clear idea only after a proper road test.

Even though there are very subtle design updates in the Activa 6G, the overall design language of both the scooters is quite similar. And that’s a good thing because its target audience highly covets the familiarity factor. So, making too many design changes in the Activa 6G wouldn’t be too good for the brand, business-wise.