ZigOpinion: Why The TVS Retron Makes More Sense In India Than The Zeppelin R 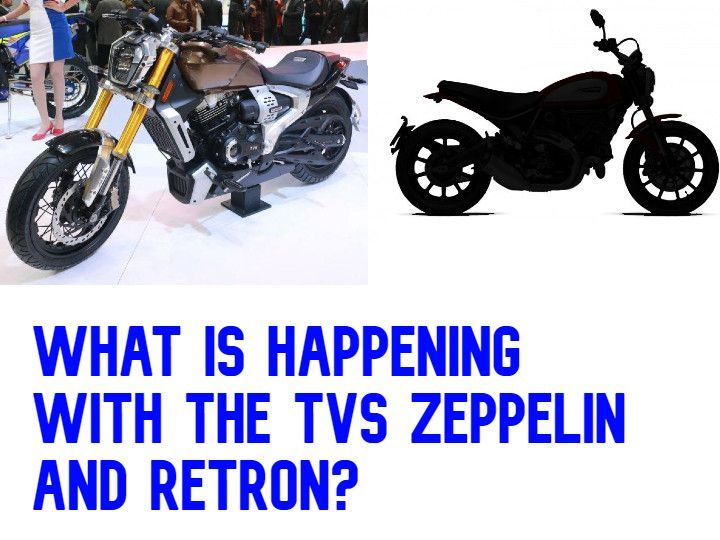 Turning concepts to reality, that’s something TVS has been doing quite consistently. The Draken became the Apache RTR 200 4V, the Akula spawned the RR 310, and the iQube Hybrid eventually came out as an electric scooter. Among the many TVS concepts that caught our eye at Auto Expo 2018, the Zeppelin R was the most radically different motorcycle. While we would’ve liked to see it by now, TVS has taken its time with the cruiser. And now, we’re starting to think aloud: has the company shelved those plans?

The reason for our skepticism is because we caught our first glimpse of the TVS Retron roaming the streets of Hosur. The Retron is an urban scrambler with just about as much off-roading cred as a mid-size SUV. But what we managed to unearth about the bike was quite interesting. If our sources are to be believed, the Retron would employ the same 220cc mild-hybrid powerhouse first seen on the Zeppelin R. E-boost aside, the Retron would also get a belt drive system, a USD fork, dual-purpose tyres, and a colour TFT screen.

So, why may have TVS changed its strategy and used the mill on an urban scrambler (and not stick with the cruiser)? The answer is staring at you in the face: the Zeppelin R was a cruiser. And if modern Indian motorcycling history has taught us anything, it is that cruisers under 350cc have failed to provide that open-road-and-wind-in-your-hair feeling for aspiring buyers. The Bajaj Avenger series has done decent numbers but never became as popular as the Pulsars. The Suzuki Intruder looks quite odd and doesn’t have a motor capable of serious mile-munching, and Yamaha didn’t have enough faith in the Enticer to keep it in the showrooms for long.

Plus, we have an emerging crop of urban scrambler motorcycles which look buff and rugged without being intimidating to the aam junta as an ADV would. Bikes like the Ducati Scrambler, Benelli Leoncino 500, and even the Yamaha FZ-X have proven that people, especially Indians, appreciate this format of bikes.

Will the Zeppelin R ever see the light of day? Maybe, maybe not. But what we do know is that the Retron is primed for an early-2022 launch.