The upcoming R15M was snapped at an exclusive dealer meet 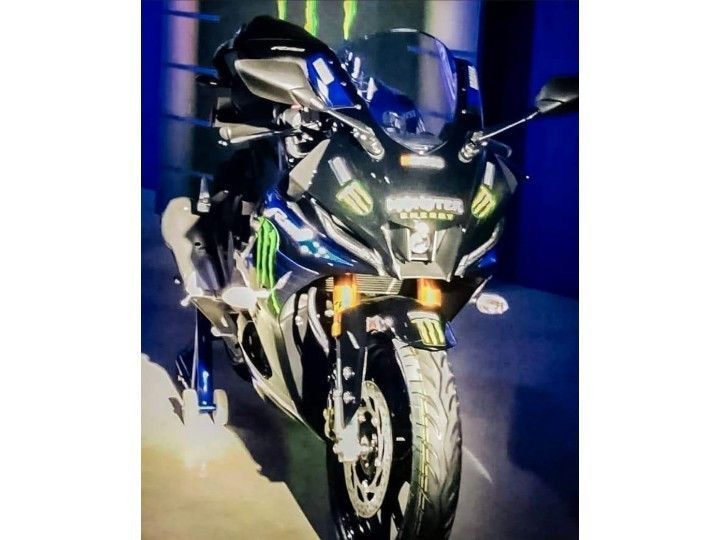 Yesterday, we reported that Yamaha India has filed for the upcoming R15M and the R15’s approval documents. Now, one of the two models has been spotted at what looks like a private dealer event and here’s all that you need to know about it.

The upcoming R15 and the R15M could vary in terms of features which will lead to a price difference as well. The M variant could be equipped with Bluetooth aided smartphone connectivity, meanwhile, the standard variant would skip it and a few other features to keep the pricing in check.

Currently, the Yamaha YZF-R15 V3 is one of the most value-for-money offerings under the Rs 2 lakh mark. Considering that the brand has filed for the legalities of both the standard and the M model, we won’t be surprised if Yamaha pulls the plug on the current bike. However, it could also continue selling the R15 V3 similar to the Yamaha R15S.

As per the leaked documents, both the bikes are supposed to belt out 18.35PS (0.25PS less than the current model). This means Yamaha will employ the same 155cc motor on the two variants. We will have to wait for the official launch to find the reasoning for the drop in power as the current engine is already BS6 certified.

The leaked image reveals that the design has seen a notable makeover and takes inspiration from the recently launched Yamaha YZF-R7. It also gets premium hardware in the form of a golden USD fork.

With all the updates, we expect the new R15s to bear a premium of Rs 6,000 - Rs 8,000 over the current model priced at Rs 1.56 lakh (ex-showroom Delhi) onwards. Yamaha hasn’t revealed any details but it seems that the launch could happen during Diwali.