Meet The YZF-R7: Yamaha’s Take On A Sportier Sports Tourer

A worthy successor to the Yamaha R6? 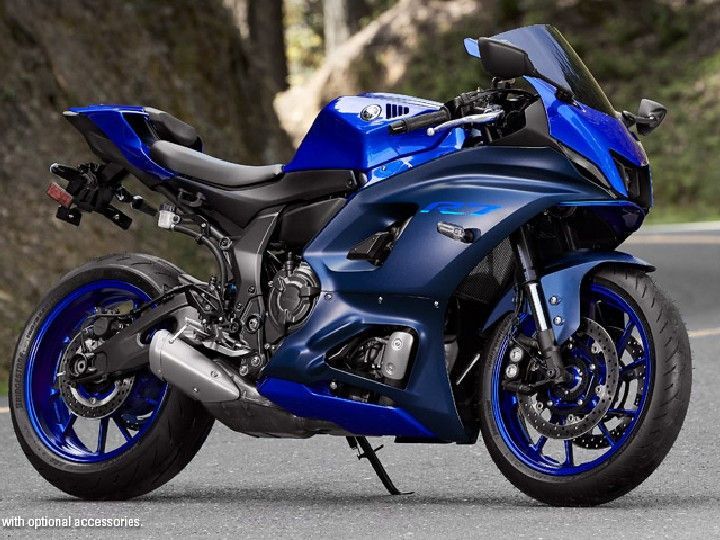 After a brief hiatus, Yamaha has once again stepped into the supersport segment by taking the wraps off the 2022 YZF-R7 which has been the topic of numerous speculations in the recent past. All of that has finally been put to rest, so let’s break it down.

While the 2022 Yamaha R7 is an all-new offering, this name holds special meaning for the Japanese bikemaker. You see, in the ‘90s, the R7 was Yamaha’s race homologation motorcycle, designed to compete in the Superbike World Championships and the iconic Suzuka 8 Hours. Only 500 of these were made available to the public and even the road version was “race-ready” with race-spec Ohlins suspension, titanium engine internals, and pre-programmed ECU racing maps. It’s safe to say then that this one has big shoes to fill.

As mentioned earlier, the Yamaha YZF-R7 is an all-new offering, replacing the Yamaha R6 (discontinued last year) in Yamaha’s lineup and also plugging the gap between the Yamaha R3 and the flagship Yamaha R1. Aesthetically, the new R7 follows the design language of the R6 and the R1. So its fascia is similar to that of R-badged bikes featuring aggressive twin LED DRLs. One thing exclusive to the R7, though, is its single-pod projector headlamp tucked between the Yamaha M1-inspired air intakes, a first for the R-lineup.

Towards the centre, the tank and fairings all seem reworked and sharper in comparison to the 2020 YZF-R6. That said, the tail section looks similar to the R6, featuring a high split seat with aerodynamics spoilers at both sides, and a short exhaust. It’s offered in two colours: Raven Black and Team Yamaha Blue, the latter with signature blue alloys.

As for features, the R7 steps up to a fully digital LCD display from the R6’s semi-digital setup and gets all-LED illumination too. However, electronics have been skipped out altogether and all you get is a new slip and assist clutch along with an option quickshifter (upshift only).

Ergonomically, the Yamaha R7 seems more track riding-biased as evident from its high rear-set foot pegs, low-slung clip-on handlebar, and a pretty tall seat height of 835mm. This isn’t something we’re used to seeing in this segment anymore, with all its rivals, including the Aprilia RS 660 and Honda CBR650R, belonging to the sports tourer category.

While most of these bits are inspired by the R6, the new R7’s motor is borrowed from the Yamaha MT-07. So instead of an inline-four screamer, you get a Euro-5 compliant 689cc twin-cylinder motor belting out 73.4PS at 8750rpm and 67Nm at 6500rpm. These numbers are nowhere near the R6’s output (118PS) but the power comes in a lot earlier, making it more suitable for the masses. Along with the motor, the R7’s chassis also seems to draw inspiration from the MT-07, probably for easier mounting of the engine.

The reworked chassis is sprung on a fully-adjustable 41mm KYB USD fork and an adjustable monoshock, a step up from the  conventional suspension setup of the MT-07. Both bikes have similar braking setups (twin 298mm discs at the front and a 245mm disc at the rear) but the R7's discs are radials, again a step up. Surprisingly, Yamaha has kept the R7’s weight down to 188kg, just 4kg more than the MT.

Sadly, the future of the 2021 Yamaha R7 doesn’t seem too bright. Even though it's an excellent package that’ll probably obliterate the field at its staggering price tag of 9000 USD (Rs 6.7 lakh), its chances of coming to India are rather bleak. Yamaha has never stepped into the mid-capacity segment in India but with Aprilia, Honda, Kawasaki, and recently Triumph bringing in their mid-capacity players here, we hope the brand rethinks its strategy.