From scooters to big ADVs, July offered a whole bunch of new entrants 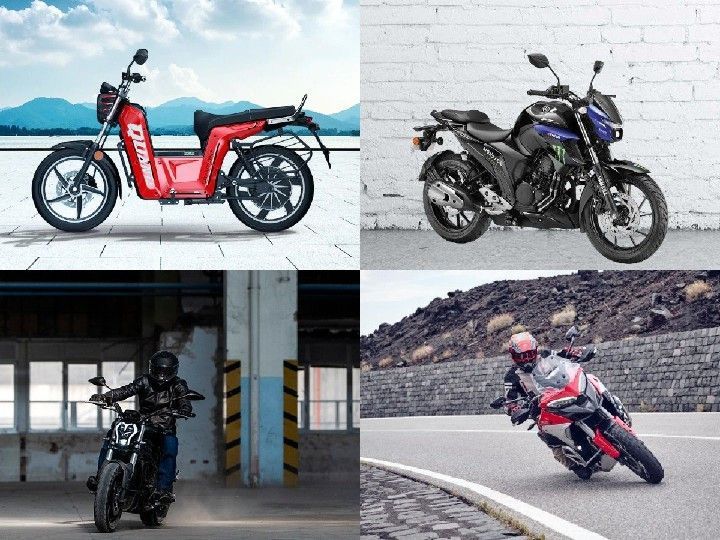 Missed out on all the two-wheeler action from July? Fret not, we’ve got every motorcycle and scooter launch lined up in this piece for you. Sit back and have a read.

Hyderabad-based EV startup, Gravton Motors has launched the Quanta, one of the most VFM two-wheelers. It’s priced under Rs 99,000 (ex-showroom, excluding FAME 2 subsidy) and claims to have a running cost of just Rs 80 for 800km. Read the launch story for further details.

TVS left a lot of people stumped with the launch of the NTorq 125 Race XP. The latest iteration of TVS’s 125cc scooter is not only more powerful than the others but also the most feature-packed. It costs Rs 83,275 and here’s what you get for the asking price.

To stay competitive in the ADV space, BMW has launched the 2021 R 1250 GS. The flagship Bavarian ADV now gets a few more features along with a new asking price. The BMW R 1250 GS costs Rs 21.20 lakh and the Adventure variant which retails at Rs 22.75 lakh. What are the new set of updates? Head here to find out.

Stealing the spotlight in the 125cc commuter segment, Hero MotoCorp launched the Glamour Xtec this month. While its underlying mechanicals remain unaltered, the Glamour Xtec now comes with a host of new features with a small premium over the standard models. We’ve covered all of it in the launch story here.

The Ducati Multistrada V4 was finally launched in India a few days ago. The latest ADV from Bologna now has two more cylinders than before and also makes the most power in its segment. How much? Click here to find out

After the FZ-X, Yamaha launched the Fascino 125 FI Hybrid. The updated Fascino 125 gets a segment-first hybrid engine and enough features to fill up the brochure. It’s also the lightest 125cc scooter currently available in the Indian market. Here’s the full story.

Following the launch of the Glamour Xtec, Hero introduced the 2021 Maestro Edge 125 in India. The scooter has received new styling and several new features as well. From LED lights to Bluetooth connectivity, you name it. But there’s a catch. Read this story to find out.

Making most of its 500cc engine platform, Benelli has launched the 502C cruiser in India. It’s the first modern cruiser from the bike-maker and undercuts the competition by a serious margin. But how much? Click here to find out.

Last but not least, Yamaha India launched the FZ 25 Monster Energy MotoGP edition bike in India for Rs 1.36 lakh. Compared to the standard version, the bike cost just Rs 2,000 more. But does it get any significant advantage over the base variant apart from the cosmetic ones? Find out here.