The hybrid variant of the luxurious SUV will be available only in the top-spec Excellence trim and is the first luxury hybrid SUV in the market. 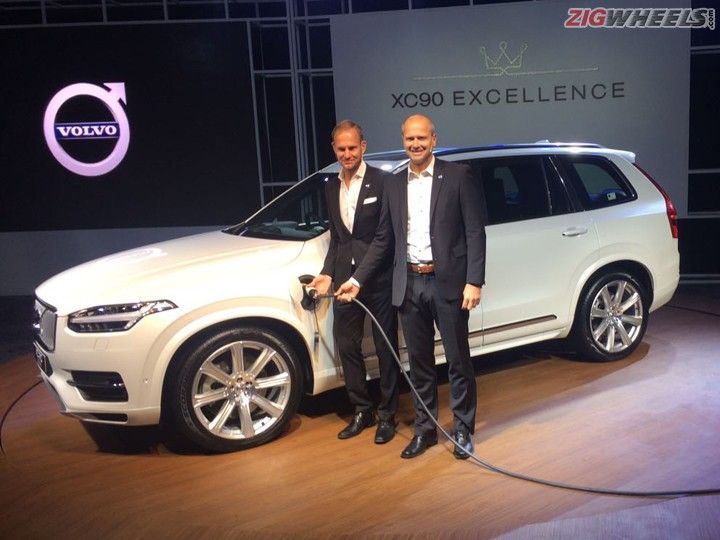 Volvo Cars India has launched the luxurious XC90 Excellence T8 Plug-in Hybrid in India, carrying a sticker price of Rs 1.25 crore (ex-showroom, New Delhi). The plug-in hybrid variant of the XC90 is the most powerful Volvo from its product portfolio for India. The hybrid SUV will be available only in the top of the line Excellence trim of the XC90 range.

The Plug-In Hybrid variant of the XC90 looks identical to the current model sold in the market. It is on closer inspection that one can notice an external charging port flap located on its front left fender. Also, the XC90 insignia at the rear receives the additional ‘T8’ badging on the right side of the tailgate. Design highlights of the Volvo XC90 include the large vertical slat radiator grille flanked by sleek headlamps with Volvo’s signature Thor’s Hammer LED Daytime Running Lights (DRL).

The biggest change is the powerplant under the hood. The Volvo XC90 Excellence T8 is powered by a 2.0-litre petrol motor that is supercharged and turbocharged. And to add to it, an electric motor has been coupled to it as well. Now, about power figures, the Plug-In Hybrid XC90 produces a combined output of 413PS of max power and massive 640Nm of peak torque. Transmission duties are the same as the diesel variant – an 8-speed automatic gearbox with power transmitted to all four wheels. Owners can choose between three driving modes, namely- Pure, Hybrid and Power. As the name suggests, Pure will make use of only the petrol engine, while the Hybrid and Power will make use of both petrol and electric powerplants.

For the Plug-In Hybrid model, Volvo has opted for a 4-seater configuration instead of the 7-seater arrangement available in its diesel counterpart. The middle seat of the second row has been swapped with a mini refrigerator and cup holders. The rear occupants also get rear aircon and seat ventilation control access via a touchscreen console. The SUV is equipped with a 20-speaker system courtesy of Bowers & Wilkins.

The Volvo XC90 Excellence T8 is the only Plug-In Hybrid SUV available in its segment. On the competition front, it competes against the likes of the Audi Q7, BMW X5 and the Mercedes-Benz GLS.