While cosmetic updates are subtle, the new XC90 is now even more efficient 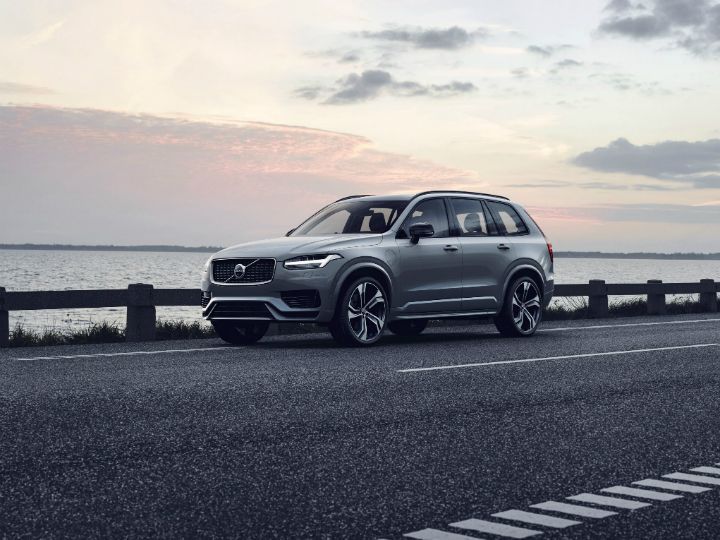 The Volvo XC90 has been the flagbearer of the brand ever since the second-gen model was unveiled to the world in 2014. It introduced the SPA (scalable product architecture) platform, a new generation of 4-cylinder engines, an ambitious focus on fuel efficiency and low emissions, along with an attractive, premium design. Five years after it first wowed the world, the XC90 has been given an update.

On the outside, it’s hard to see what’s changed - the updates are that subtle. The grille is now more inset than before, giving it a 3D effect. The taillamps look more detailed, though the lighting elements remain the same as before. And that’s about it. The elegantly designed interior remains the same as well. In fact, the most drastic cosmetic change is the redesigned all-glass gear-selector lever.

The biggest highlight of the new XC90 is, however, the addition of new ‘B’-badged variants, which will be even more efficient than the earlier T8 ‘Twin Engine’ plug-in hybrid variant. This is because of the addition of kinetic energy recovery system (KERS). KERS is a fuel-saving technology that reuses energy recovered from braking, made famous by its use in Formula 1.

Volvo claims that the system improves the already impressive efficiency of the XC90 T8 variant by as much as 15 per cent in the real world. Better fuel efficiency also results in lower emissions, so it’s a win-win for everybody. The innovation introduced in the new XC90 will further the company’s goal of reducing emissions as much as possible before complete electrification removes tailpipe emissions once and for all.

Oncoming lane mitigation system has also been introduced in the XC90 now. It can initiate evasive steering measures to prevent crashing into oncoming traffic. Meanwhile, the cross traffic alert system now gets an auto-brake function to prevent T-bone accidents.

The new Volvo XC90 will go on sale in Europe beginning May 2019 and is expected to be launched in India soon after. The XC90 is currently priced from Rs 80.90 lakh to Rs 1.32 crore, ex-showroom India.