BREAKING: The Hero Glamour Just Got A New Tech-savvy Variant 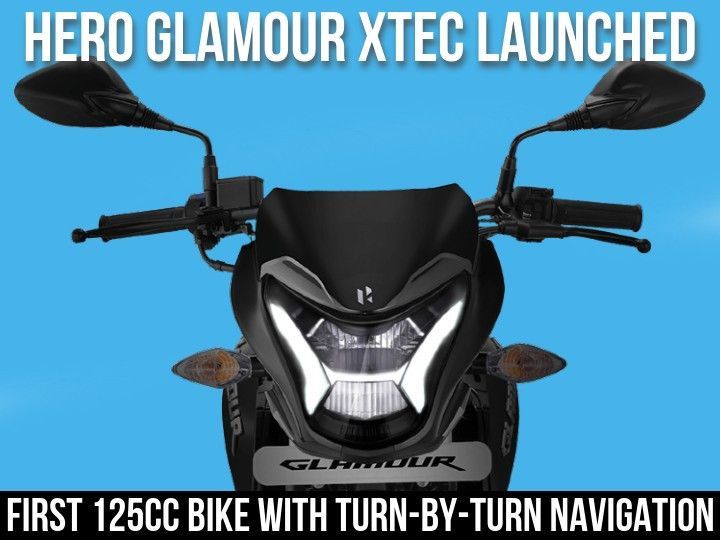 Almost a month back, the Hero Glamour Xtec’s brochure was leaked online, revealing some crucial details. Putting all speculations to rest, Hero MotorCorp has officially launched the bike in India, making it one of the most feature-packed bikes in its segment.

The Glamour Xtec’s arch-rival, the Honda SP 125, undercuts it by Rs 1,800 but fails to offer the same set of features.

With the addition of these two variants, the Glamour is now available in a total of eight variants: STD, Blaze Edition, 100 Million Edition, and Xtec -- all available in drum and disc.

The new Glamour Xtec is certainly a step up from the standard model, thanks to its extensive new features. The most crucial of these is the new fully digital instrument cluster (drawn from the xPulse 200).

It comes with turn-by-turn navigation, call and SMS notifications, and Bluetooth connectivity -- a first for the 125cc segment. Along with this, you also get an LED headlamp, a real-time mileage indicator, and an integrated USB charging port.

The Glamour Xtec continues to employ the same BS6 124cc, single-cylinder FI motor putting out 10.8PS and 10.6Nm, mated to a 5-speed gearbox.

All the underpinnings have also remained unchanged.

We think the Glamour Xtec will go head-to-head against the Honda SP 125, which has an edge over the standard Glamour. The new variant with its features, such as the segment-first turn-by-turn navigation, and a competitive price should surely give it a better fighting chance against the SP 125.