Two-wheelers might’ve shied away from Auto Expo 2020 but even then, quite a lot happened in the week that just went by. Here’s our weekly recap. 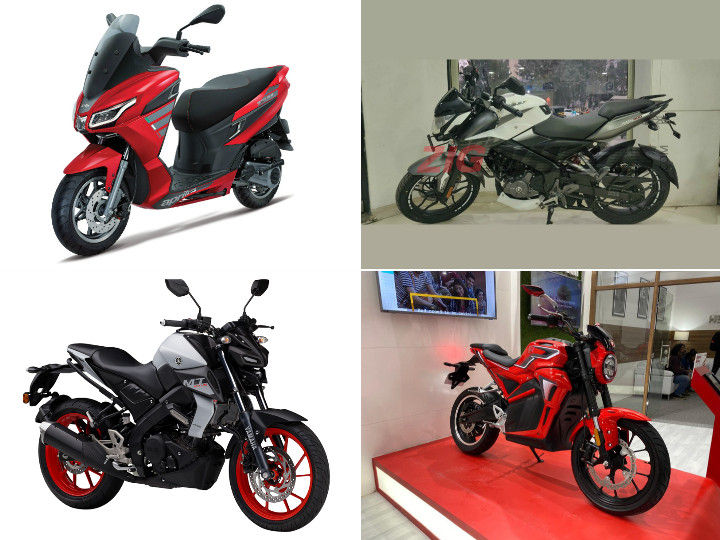 This year’s expo was a bit of a letdown when it comes to two-wheelers. All we got to see were some BS6-compliant products and many, many electric two-wheelers. But even though the expo was the main talking point of this past week, there were several other reports that made it to the first page as well. So in case you want to quickly get an update from the world of two-wheelers, we’ve got your back.

No one ever thought that a scooter would be the highlight of this year’s expo, but Aprilia’s stall was the only place where there was something new. The SXR160 is Aprilia’s first maxi scooter made specifically for India. And it’s not just a concept; it will head to production soon, and here’s when it will go on sale. On the other side of the Piaggio stand was the Vespa stall, where we got to see the updated Vespas.

Wait, didn’t Vespa recently update its entire range to meet the emission norms? Yes. But unlike the last one, this one actually has a minor cosmetic update.

Suzuki came to India’s biggest motoring event to unveil its entire BS6-compliant Gixxer lineup. Yes, JUST unveiled! No prices and no delivery timelines! And if you are under the impression that Suzuki might have at least tweaked some bits on the Gixxer 150s and the Gixxer 250s, then you couldn’t be more wrong. The entire range looks exactly similar to the older models.

Along with a quirky-looking three-wheeled scooter, Hero Electric also brought an electric motorcycle with it called the AE-47. And as you might have guessed it, it comes with a long list of features like Bluetooth connectivity, reverse assist, cruise control GPS, GPRS, and geofencing. Hero claims that the AE-47 has a range of around 160km! But is it just a concept or will it ever head to production? Head here to know.

Yamaha has finally converted its entire commuter segment to meet the BS6 emission norms. The last ones to get an update were the MT-15, the FZ-25 and the Ray ZR 125. We already knew some details about the two-wheelers, but now Yamaha has revealed the prices. Want to know how much the MT-15 will cost you now? Head here. And for the latest prices of the FZ-25 and the Ray ZR, click here and here.

It seems like Bajaj will launch its entire BS6-compliant range in a few weeks because after the Pulsar 150, the BS6-compliant NS200 has been spotted for the first time. By the looks of it, there doesn’t seem to be any major cosmetic update. And oh, we have got the prices as well!