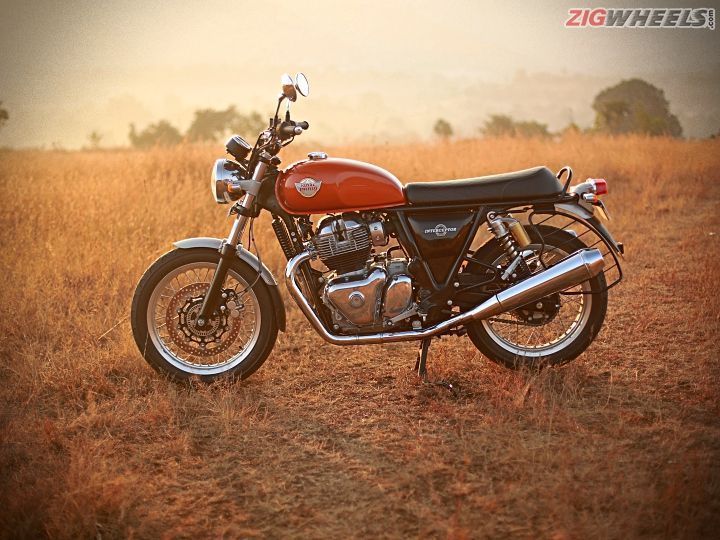 Life always comes full circle. Like everything else, motorcycle manufacturers are trying to bring back the good old days of motornama. With simplistic designs and retro charm, the list of bikes in this very genre keeps on growing day by day. Here are our five picks from the plethora of options available in India right now.

Jawa
It might not be the cheapest but it is certainly one of the best entry level neo-retro motorcycles that one can buy in India. In the traditional maroon and chrome livery with gold pinstriping, it looks just like the Jawas that used to roam the streets of India back in the 1980s. However, this engine is very much from the 21st century. The 293cc single-cylinder motor gets modern bits like liquid-cooling, fuel injection and is coupled to a six-speed gearbox. It also gets a disc brake at the front and single channel ABS which was unheard of in the 1980s but has become very much a norm in 2018. It is priced at Rs 1.64 lakh, ex-showroom India, and it is the cheapest bike in this list.

Ducati Scrambler Classic
Ducati are known to make exotics like Panigales and Multistradas but one must not forget what wonders the Scrambler range has done to their fortunes. It remains the most accessible method to gain entry into the Ducatisti family and is certainly one of the best suited to tackle India. Although there are several variants, the Classic remains the one that stays true to old school traditions of styling and kit. But do not be fooled, the current model year upgrade is expected to arrive to India soon and thus you will get a hydraulic clutch, six-axis IMU and Bosch Cornering ABS.

Triumph Bonneville T120
Now if we had to credit one manufacturer for the revival of such motorcycles, it has to be Triumph. They have got a brilliantly versatile Bonneville platform which has spawned off close to nine products with just two motors and one basic chassis design. And when you look at the whole range, the Bonneville T120 is the perfect representation of a neo retro motorcycle as it marries the traditional Bonneville styling with a powerplant that has modern bits like liquid-cooling, fuel injection, ride-by-wire, riding modes, ABS and switchable traction control. What’s more is that the performance is not intimidating and it is reasonably convenient as well. Priced at Rs 9.97 lakh, ex-showroom India, the Bonneville T120 is one of our favourite motorcycles when it comes to being equal parts neo and retro.

Kawasaki Z900RS
This is a controversial choice and if you are willing to pay the asking price of Rs 15.30 lakh, ex-showroom India, you become part of an elite crew of Z900RS owners of India. It is the Z900 underneath all the retro garb. However what one should take note of is that the RS is the more techno-laden motorcycle of the two as it gets twin-stage traction control system that can be switched off completely, slipper clutch and radially mounted monobloc callipers. Even though it is imported via the CBU route, it is hard to digest the aforementioned price that Kawasaki India are asking for it.

Honorable mentions
There are a few bikes that we would have added to this list but missed out for one reason or the other. The first one has to be the Triumph Thruxton R. It is the quintessential cafe racer and it has riding dynamics that put few supersports to shame. We opted to go with the Bonnie T120 as it has got a wider appeal than the Thruxton R but it is needless to say it one of the most joyful experiences you will have on two wheels. The other one has to be the Norton Commando 961. Motoroyale brought the British brand to India few months ago and this would be the easiest way to hop on to a modern Norton motorcycle. Shame the exorbitant pricing and lack of dealer connectivity will prohibit many enthusiasts from buying this, or for the matter its sportier twin, the Dominator.