After much hype and anticipation, Jawa Motorcycles has launched three models in India, with prices starting from Rs 1.55 lakh (ex-Delhi) 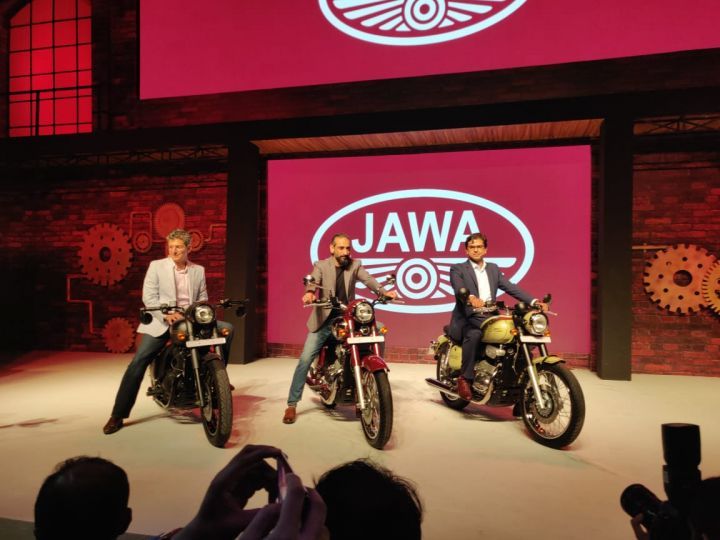 Resurrected by Classic Legends, a Mahindra & Mahindra subsidiary, the all new Jawa range comprises of a Classic, Sport and Bobber model.

The Classic version, called simply Jawa, is priced at Rs 1.64 lakh (ex-Delhi), and looks like a bike that’s come straight from the 70’s. Rather than creating a modern interpretation, the company has worked towards making the bike look as close to the original as possible.

It gets large mudguards that covers most of the spoked wheels, a two-tone fuel tank with lots of chrome accents and an airbox that’s shaped to look like the unit seen on the original Jawa 350 that was sold in India between 1970s and the 80s. The retro-themed classic design can also be seen from the classic-looking fork shrouds extending all the way up to the instrument console like the old Jawas.

The Jawa 42, priced at Rs 1.55 lakh (ex-Delhi), gets a flatter set of handlebars for a sportier riding stance. The Jawa 42 gets similar design traits as the Classic model except for the blacked out front forks, an offset intrument cosole and a round halogen headlamp.

The Jawa and Jawa 42 are powered by the same 293cc, liquid-cooled, single-cylinder motor designed by Classic Legends. However, it does share a few components with Mojo 300's powerplant. It packs in 27PS of power and 28Nm of torque and the folks at Classic Legends claim that the motor provides a generous mid-range with a flat torque curve.

As to how the new Jawa sounds, loyalists and purists will be happy to note that the engineers from Classic Legends have managed to replicate a similar throaty yet brassy grunt on the bike, keeping it true to the original Jawa standards, despite it now being a four-stroke motor.

Underpinnings include telescopic forks upront and dual shock absorbers with 5-step preload adjustment at the rear. The spoked wheels come wrapped with MRF Nylogrip Zapper C 90/90-18 front and 130/80-17 rear tyres. Braking is managed by 280mm front disc with ABS and a 153mm rear drum brake. Seat height of 765mm means that it's accessible to most riders. The Jawa 300 tips the scales at 170kg (kerb) and has a fuel tank capacity of 14 litres.

It does make business sense to make a modular platform to manufacture different types of motorcycles. Moreover, the mid-capacity segment is witnessing a major boom lately, with multiple brands fighting for market share. Making a 300cc sport and a bobber gives customers a variety of choices, depending on their needs. Dial in Jawa’s history in India and the brand could have a marketing edge too, if done right.

Bookings for the Jawa motorcycles have already begun online on jawamotorcycles.com but is restricted to only the Jawa and Jawa 42 for now. The Perak will be available at a later stage. All three bikes will be sold through the 105 Jawa dealerships which will begin operations from 5th December 2018 onwards. Deliveries will begin from the first quarter of 2019 onwards.