Porsche 911 To Be Available In More Flavours Soon!

Porsche’s Indian website lists new 911 Carrera models such as the 4 and 4 Cabriolet, the 4S and 4S Cabriolet, and the Targa 4S Heritage Design Edition 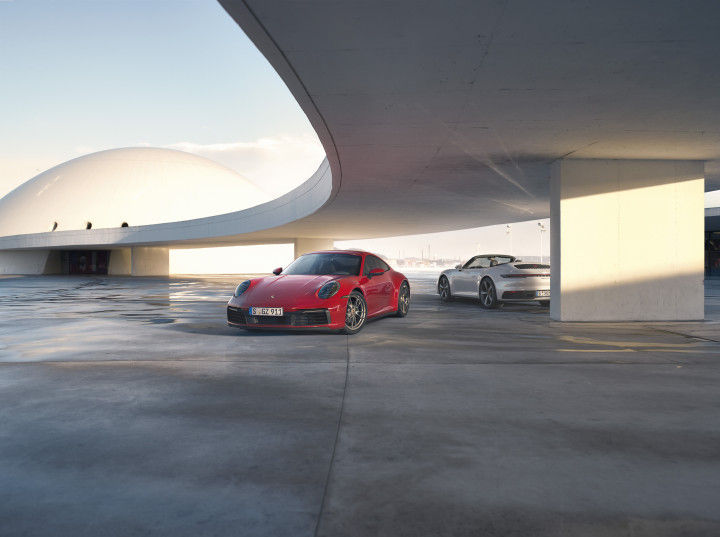 Until now, the eighth-generation Porsche 911, which carries the designation code 992, has been on sale in India only in rear-wheel-drive form. While they are fun-to-drive like any Porsche, the all-wheel-drive variants were sorely missed. Soon our prayers will be answered as the 911 is set to get a bunch of all-wheel-drive variants carrying the ‘4’ and ‘4S’ tags. The 911 will see the addition of five new variants: the 4, the 4 Cabriolet, the 4S, the 4S Cabriolet, and the Targa 4S Heritage Design Edition.

The ‘4’ in the new variants indicates Porsche’s all-wheel-drive system. Both the 4 and 4S will get convertible options, or as the German carmaker prefers to call it, cabriolet. These will be offered in addition to the standard coupe versions. All five variants have been listed on Porsche’s Indian website, albeit without prices.

Like the standard 911 models, the S in the all-wheel-drive models stands for Sport, meaning the 4S variants will have that added ‘oomph’ in terms of power and the amount of fun you can have with it. The 911 4 and the 4S are powered by a 3.0-litre twin-turbo boxer engine, which puts out 385PS/450Nm and 450PS/530Nm in the 4 and 4s variants respectively. Power will be sent to all four wheels via Porsche’s dual-clutch (PDK) transmission.

All five variants are expected to make their way to India by 2021. Porsche has a lot in store for India, with a host of models set to make it to our shores, or at least that’s what the website states. These include the Panamera facelift as well as the Macan GTS and Turbo variants, which you can read all about on our website soon.