The Most Retro-Looking New Porsche Goes Even More Retro 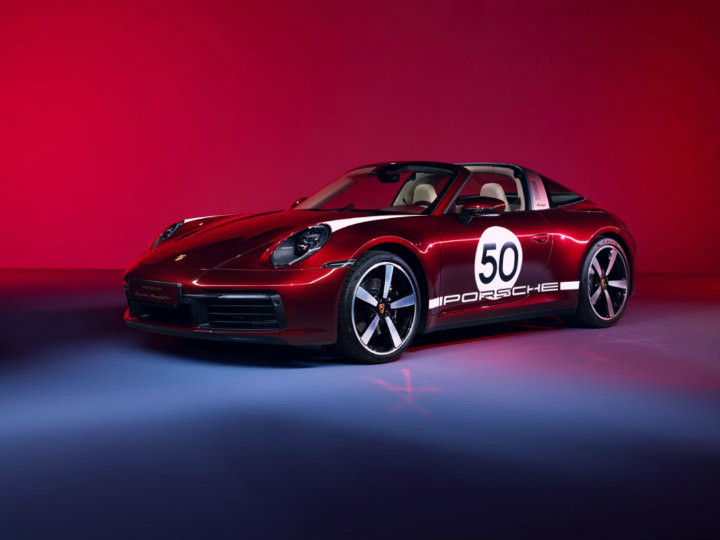 Just a few weeks ago, Porsche unveiled the latest (read: eighth generation) of the 911 Targa, which featured iconic styling from the original 1965 Targa to make it the most retro-looking new Porsche. And now, the carmaker has upped the ante by introducing a ‘Heritage Design Edition’. It is one of four special edition models that will be unveiled over the course of the 992 generation 911 lifespan.

While it looks nearly identical to the regular 911 Targa on the outside, it sports styling cues that hark back to Porsche models all the way back to the late 50s. Some notable bits include a Cherry Red body shade inspired by the 356 with a return to the old Porsche logo font. Considering the fact that there was no concept of painted callipers back in the old days, the Heritage Design Edition sports black callipers.

Other design touches include white streaks above the headlights, circular stickers on the doors with the option of custom numbers and 20/21-inch Carrera Exclusive Design wheels. Another retro touch is a Porsche Heritage badge on the rear lid that’s akin to the badge given to owners that drove over 100,000km in their 356s.

The retro look continues on the inside, with a two-tone colour combination of Bordeaux Red leather as well as corduroy seats like the 356. A green-illuminated rev counter and stopwatch rounds off the retro look.

Based on the Targa 4S variant, it remains mechanically unchanged under the hood. It is powered by a 3.0-litre twin-turbo boxer engine, delivering 450PS of power and 530Nm. All this gives the Targa a 0-100kmph sprint time of 3.6 seconds and a top speed of 304kmph.

As the eight-gen 911’s designation code suggests, only 992 units of the 911 Targa 4S Heritage Design Edition with deliveries set to commence around the September-October period. It is unlikely that this limited edition model will come to India, but it’s only a matter of time before the standard 911 Targa shows up. That’s likely to happen around 2021.