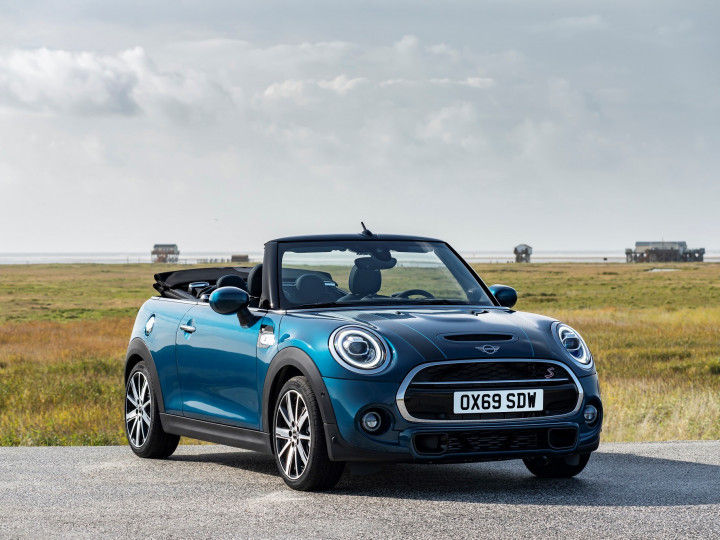 MINI India has launched a special edition of the Cooper Convertible called the Sidewalk Edition in the country. This model is limited to just 15 units and costs Rs 44.90 lakh (ex-showroom), which is a hefty premium over the standard model (Rs 38.90 lakh). It gets a few cosmetic enhancements in a bid to pay homage to the car’s first special edition seen in 2007.

It gets an exclusive Deep Laguna metallic paint job. Additional styling elements on the interior as well as the exterior give it that added exclusivity. It gets its own set of specially-designed 17-inch dual-tone alloy wheels and a geometric pattern on the electric roof. It also gets stripes and pinstripes on its bonnet to complement the retro styling.

Inside, the premium cabin features Anthracite leather seats with Dark Petrol lining and yellow accents with Dark Petrol accents splashed across the cabin. The steering wheel also gets a Sidewalk badge stamped on it. The MINI special edition comes with the standard MINIMALISM technology which boasts features such as auto start/stop, brake energy regeneration, and electromechanical power steering. Additionally, it features the Excitement Package that includes ambient lighting, interior LED lights, and a door logo projector.

Under the hood lies the standard 2.0-litre four-cylinder turbo-petrol engine which puts out 192PS and 280Nm. It gets a limited top speed of 230kmph and can go from 0-100 kmph in a fair 7.1 seconds. Drive is transmitted to the front wheels via the standard 7-speed Steptronic Sport dual clutch transmission. It gets three drive modes: MID, Green, and Sport.

Offered as a completely built-up (CBU) unit, the Sidewalk Edition can be booked online on the carmaker’s website.