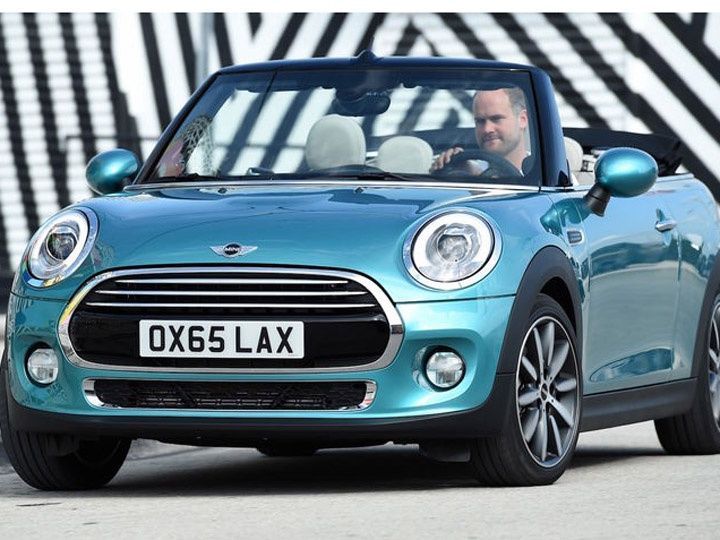 You know how MINI’s product unveiling schedule works: a new generation Mini Hardtop makes its debut, and then, it is followed by a convertible variant within a year or two. So, considering this, the debut of the third-generation Convertible – less than two years after the third-gen hardtop – should take no one by surprise.

The 2016 MINI shares its modular UKL platform with the new BMW X1, the Europe-only 2 Series Active Tourer, and the second-gen Clubman, a switch that makes it lighter and more rigid than the outgoing model. It is still visually identical to its Hardtop counterpart from the rocker panels up to the belt line. Above that, it gains a power cloth soft top that can be opened and closed in 18 seconds at speeds of up to 30 km/h. The Convertible also offers a sliding roof function that lets the passengers retract the front section of the top by up to 15 inches. With the 2016 Convertible, MINI is introducing a new feature called an Always Open Timer that tells the driver how many hours he or she has spent driving with the top down. Getting caught topless in the rain is a thing of the past thanks to a clever rain warning application built into the infotainment system that emits visual and audible messages if it detects that a storm is near.

As for the body itself, this MINI is a little less mini than its predecessor. It's 4.5 inches longer, 1.7 inches wider and nearly a full inch taller than the outgoing model. Furthermore, the wheelbase is 1.1 inches longer, and both the front and rear track are almost two inches wider. The trunk's expanded, as well - luggage volume is up roughly 25 percent, to 7.6 cubic feet with the Convertible top up (5.7 when it's down).

Motive power comes from a 1.5-litre, turbocharged engine offering 134 PS, 220 Nm of torque, and a 0-96 km/h time of 8.2 seconds with the automatic and 8.3 seconds with the manual. For the Cooper S, the 2.0-litre, turbocharged four-cylinder outputs 189 PS and 280 Nm of torque, along with 0-96 km/h times of between 6.7 and 6.8 seconds, depending on the transmission. A standard six-speed manuals and optional six-speed automatics are offered. The eight-speed auto from the Mini Cooper S Clubman isn't being offered on the Cooper S Convertible.

The 2016 MINI Convertible will make its public debut at the Tokyo Motor Show and will go on sale in March next year, most likely as a 2017 model. Pricing information will be released closer to the time of its release.