MINI Convertible and Clubman set to be launched in India

MINI is bringing in its Convertible in the first half of 2016, with the Clubman slated to follow it soon into the country 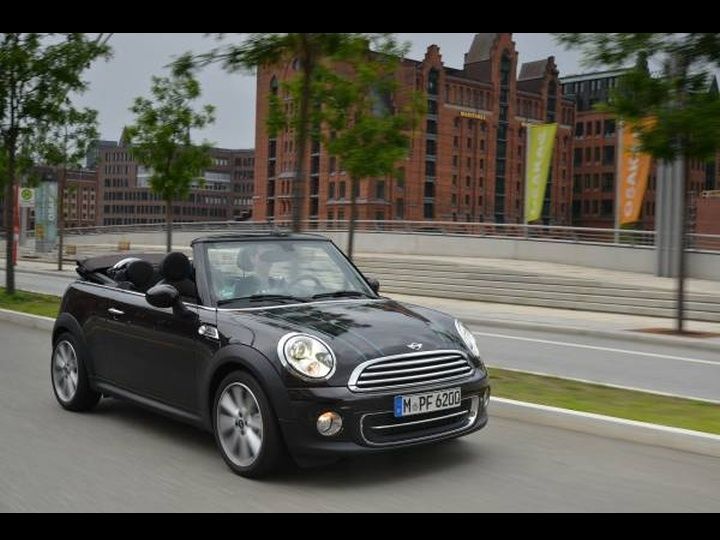 MINI, the small car manufacturer owned by BMW, will be launching the MINI Convertible in the first half of this year, Philipp von Sahr, BMW India President confirmed at the 2016 Auto Expo. To be brought in to the country as a Completely Built-up Unit (CBU), the Convertible is, as the name puts it, the topless version of the popular Cooper S.

Powering the Convertible is a 4-cylinder Twin Power Turbo engine that puts out 190PS of power and 280 Nm of max torque, paired to a six-speed Steptronic automatic transmission. This enables the Convertible to achieve a top whack of 235 kmph, and sprint from nought to 100kmph in 6.8 seconds. As with the Cooper S, the Convertible will also come in three-door trim and 4-seater configuration.

At the same event, Philipp von Sahr also announced that the MINI Clubman will also make its way to India soon. A five-door wagon version of the Cooper S, the Mini Clubman comes with new styling and an elongated body. Motive power comes from a 1.5 litre, 3-Cylinder TwinPower Turbo engine, producing 135PS and 162 Nm. Although MINI offers the Clubman internationally with a choice of either 6-speed manual or 6-speed automatic gearboxes, only the latter is slated to make its way into India.

Speaking at the announcement, Philipp von Sahr said, “MINI sets new trends, breaks away from tradition and constantly keeps on reinventing itself. It’s not just a car; it’s a companion that inspires its owners to live life to the fullest. It’s the unmistakable MINI charisma that grips the hearts of MINI fans everywhere in the world. With the launch of the all-new MINI Convertible and the all-new MINI Clubman, MINI will continue its success story.”