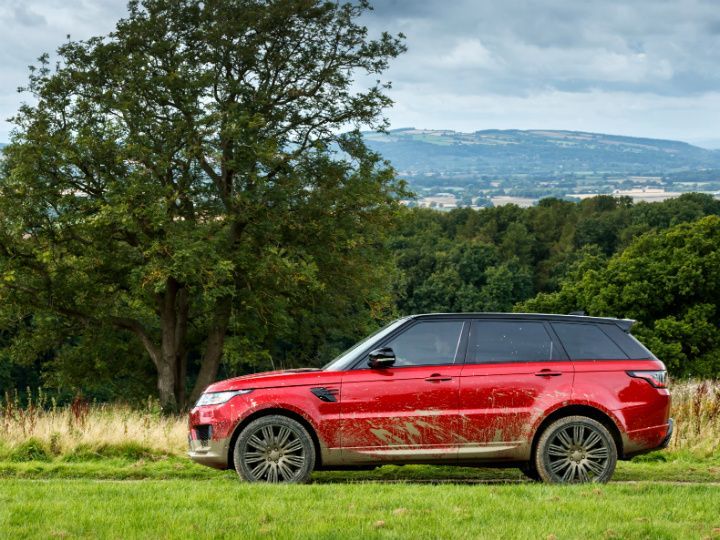 As there is no replacement for displacement, automakers are exploring electrification as a viable option to keep petrolheads engaged to their performance lineups. Many automobile manufacturers have already taken steps towards this and the latest to join this bandwagon is Jaguar Land Rover. The British company plans on electrifying its entire range by 2020. And a step in this direction is, the updated SVR and the introduction of an all-new hybrid.

The P400e is the newest member of the Range Rover family. What separates it from its sibling is that it utilizes both - a 2.0-litre four-cylinder Ingenium petrol engine, which produces 300PS of power and a 116PS electric motor. The P400e can take full advantage of the combined total of 404PS of power, which is fed to all four wheels.

The SUV is not only powerful but is also environmentally friendly with only 64 g/km of CO2 emission. This is achieved thanks to its combined cycle, which switches between the motor and the engine as required. Speaking of the electric motor, it has a range of 51 km, before the combustion engine kicks in. The 13.1kWh battery can be charged within 2 hours and 45 minutes if you go for the special home wall box charging kit, but if you go via the traditional route, the charging might stretch up to 7 hours and 30 minutes.

Sure the P400e is gentle to the environment, but where it excels, is performance. It can go from 0-100kmph in 6.7 seconds and can reach an electronically limited top speed of 220kmph.

It is also equipped with two different driving modes: a Parallel Hybrid mode and an EV mode. In the first mode, the vehicle utilises power from both the engine and the electric powertrain to maximise range, while minimising tailpipe emissions. In addition to this, there’s also the Predictive Energy Optimization feature, which uses GPS data to optimize the switch between the electric motor and the engine in accordance with your destination, to further maximise fuel economy.

Coming back to the topic of no replacement for displacement, the flagship Range Rover Sport SVR has also received a significant update. It now comes with a 5.0-litre V8 supercharged petrol engine, which produces 574.8PS of power. It’s a raise of 25.3PS over the outgoing SVR. There’s also extensive use of carbon fibre, which helps the flagship SUV in covering 0-100kmph in just 4.3 seconds.

In addition to the new electric hybrid and the updated flagship SVR, the entry-level Sport model has also been updated with a 2-litre SD4 diesel engine, which produces 240PS of power. Along with performance based changes, there’s also some work put into cosmetics as the entire lineup now comes with LED headlamps and refreshed grille.

Inside the car, you’ll notice the Touch Pro Duo infotainment system, which has two 10-inch touchscreens. You also get 12 power points and keyless entry.

Recommended read:
- Opinion: Hybrid Cars Are Not Dead Yet