What has Kawasaki changed in its sub-litre class naked? 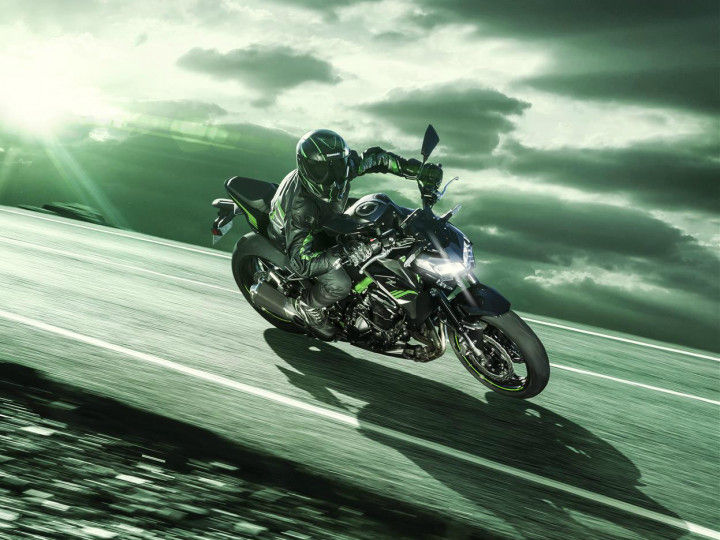 Kawasaki took the wraps off the latest iteration of its highly-popular motorcycle, the Z900, at EICMA 2019. Aside from meeting the Euro 5 emission norms, Kawasaki has tinkered around with the bike to offer a better riding experience when compared to its previous Euro 4/BS4 variant. Here’s what you need to know about the 2020 Z900:

New styling is still Sugomi-inspired
Despite the addition of the new Sugomi-inspired LED headlight, the Z900 looks big and muscular. The 2020 edition also gets darker underlying shades while the contrasting green trellis frame adds to the Z900’s animalistic vibe.

Emission-compliant engine makes same output
The updated Euro 5/BS6-compliant motor makes the same power and torque outputs as before. Hence, the 948cc inline-four motor pumps out the same 125PS and 98.6Nm of torque, retaining the title of the most powerful bike in its class. What is more pleasing to hear is that the bike has not gained any weight with the transition to BS6.

Electronic aids to harness the power
Although Kawasaki took pride in offering a pure, raw and unadulterated performance with the older-gen Z900, it has equipped the new bike with loads of electronic nannies. With the addition of ride-by-wire, Kawasaki now offers four rider modes (Rain, Road, Sport and Manual), two power modes (Full and Low, the latter curbing the power to 55 per cent) and a three-level traction control system.

New colour-TFT command centre
Gone is the boring old digital console and in its place comes a new 4.3-inch colour-TFT screen. You could also pair your smartphone with the console using the Kawasaki Rideology app. However, there is not much you can do once the system is paired to your phone aside from viewing ride statistics.

Price bumped for new model
Although there is no definite price for the 2020 Z900 yet, Kawasaki India has stated that the bike will come bearing a sticker price between Rs 8.5 lakh and Rs 9 lakh. Hence, one can expect a price hike of at least Rs 80,000 once the bike is officially launched in late-January 2020.