A world of a difference or minor cosmetic and mechanical changes? Here’s what you need to know 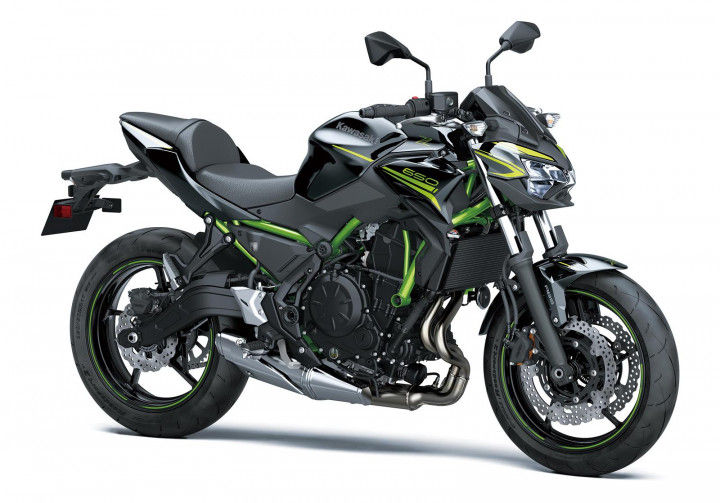 Japanese bike maker Kawasaki will be bringing in its updated lineup for BS6 motorcycles in India very soon. One of which includes the Kawasaki Z650. The naked streetfighter gets an updated motor and minor cosmetic updates to keep it looking fresh for 2020. Here’s everything you need to know about the upcoming bike.

Not much has changed in terms of looks, but the bike does get a new front fascia in the form of an LED headlight, which keeps in line with Kawasaki naked’s Sugomi styling philosophy. A digital age asks for a new and improved console and that’s exactly what the Z650 gets -- a 4.3-inch colour-TFT screen with smartphone capability.

The streetfighters 649cc parallel-twin engine has been tweaked to meet the Euro 5/ BS6 emission norms. Thankfully though, the bike's power out remains unchanged at 68PS. On the downside, torque has taken a slight dip, going down from 65.7Nm at 6500rpm to 64Nm at 6700rpm. More importantly, the bike still lacks basic electric rider aids and only gets dual-channel ABS. Heck, even the KTM 390 Adventure gets cornering ABS and traction control as standard.

Also Read: KTM 390 Adventure - One Bike To Rule Them All?

Surprisingly, Kawasaki has managed to make the bike lighter than before. The 2020 Kawasaki Z650 is 2kg lighter than the BS4 model which tips the scales at 190kg kerb. Aside from this, the bike features a new set of grippier Sportmax Roadsport 2 tyres which replace the older Sportmax D214s.

When Can You Get One?

Though Kawasaki hasn't announced a launch date just yet, our dealer sources suggest that the bike would be available by late-January or early-February 2020.