EXCLUSIVE: Kawasaki All Set To Launch The BS6-compliant Versys 650 Soon!

Apart from the BS6-compliant motor, the ADV is likely to get LED headlamps and TFT instrument cluster 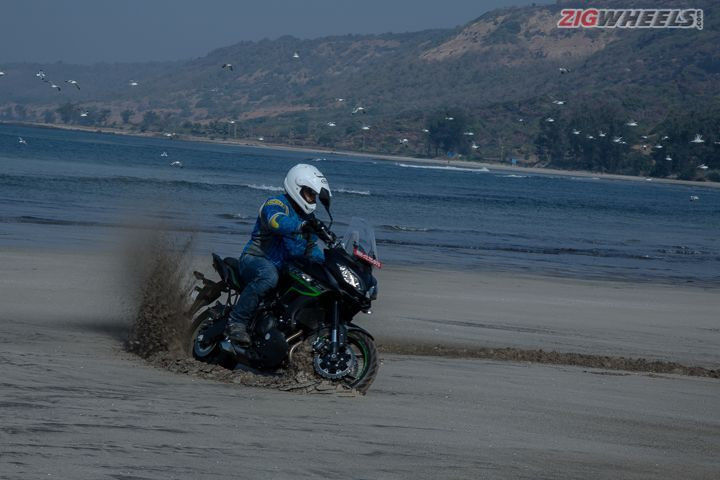 While Kawasaki hasn’t officially unveiled the Euro 5/BS6-compliant model abroad, expect the Japanese brand to do so in the coming months. Like the BS6 Ninja 650 and the BS6 Z650, the Versys 650 could also get LED headlamps and a TFT screen with smartphone connectivity as standard, but we will know for sure only when the brand unveils the new model officially.

Interestingly, the Ninja 650 BS6 comes with the same power and torque figures as before whereas its naked sibling, the Z650 lags in terms of torque (1.7Nm) in the BS6 model. So, expect the Versys 650 BS6 to offer slightly less torque than before, or if we’re lucky, it may remain unchanged. For reference, the BS4-compliant ADV makes 69PS at 8500rpm and 64Nm at 7000rpm.

The Versys 650 already has pretty premium underpinnings such as rebound and preload-adjustable inverted front fork and a preload-adjustable monoshock at the rear. We expect the bikemaker to retain this setup in the BS6 model as well. Even the brakes -- dual 300mm petal discs up front and 250mm petal disc at the rear -- are likely to remain unchanged in the BS6-compliant version.

When launched, it will compete against the Benelli TRK 502 in the middleweight road-biased ADV segment. If you’re looking for something that’s capable off the road, you have other options such as the Benelli TRK 502X, Suzuki V-Strom 650 XT, and SWM Superdual T in the country.