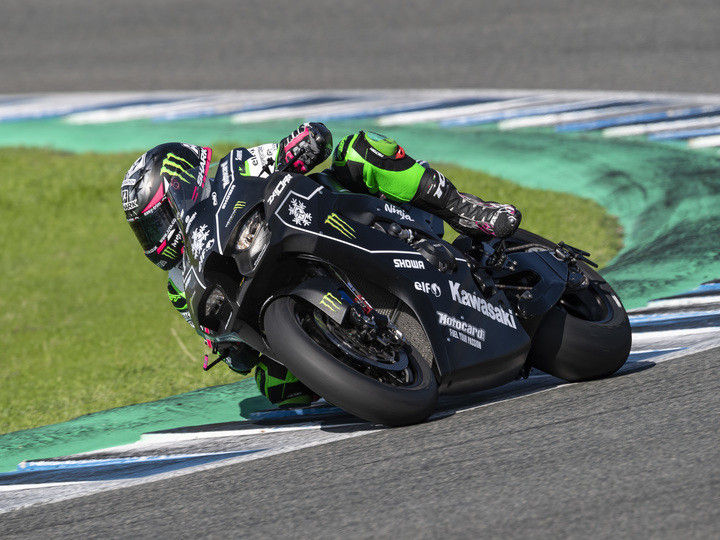 Kawasaki has been a dominant force in the Superbike World Championship (WSB) for the last six years, winning every manufacturers’ title since 2015. At the heart of this performance is no doubt the incredibly talented Jonathan Rea, but aiding his (and Kawasaki’s) conquest has been the indomitable Ninja ZX-10R, which has been a force of nature to be reckoned with. For 2021, Kawasaki has injected a few mechanical updates into the bike, along with more than a few visual ones, to make it even more capable than before.

Family face
For the past few years, Kawasaki has been ensuring that all their latest sport bikes share a similar fascia: a stubbier front end that we first saw on the supercharged H2. While we aren’t big fans of bikes like the Ninja 400, Ninja 650 and ZX-6R looking almost identical, the same can’t be said about this 2021 ZX-10R. Sure, the stubbiness is there, but it sports much narrower LED headlights, and more importantly, integrated winglets on the front fairing. The previous 10R didn’t get any winglets and Kawasaki claims that in this iteration they’ve improved downforce by 17 percent.

Other changes to the ergonomics scream racing focus: footpegs that are set 5mm higher, clip-ons that are 10mm further forward and flatter, along with a taller windscreen for aerodynamics.

Same old (lovely) motor
One of the biggest changes here of course is a revised exhaust system and catalytic converter which makes this 10R Euro 5 compliant. But thankfully, the 998cc 16-valve inline-4 motor hasn’t seen a drop in power or torque (213PS and 115Nm). But to help with initial acceleration, the gearbox has seen a slight change, with shorter first, second and third gears, along with a larger 41-tooth rear sprocket (2 more than before).

Improved underneath
With a swingarm that’s 8mm longer than before and a longer fork offset (thanks to a lower triple clamp), the 2021 ZX-10R’s wheelbase has seen a 10mm increase. This lowering of the triple clamp has also decreased trail, which along with the 1mm lower swingarm pivot is said to improve flickability. At the front, the Showa Balance Free Fork has got softer springs, while the rear shock has been stiffened up - again, all in a bid to fine tune the ZX-10R’s already incredible handling.

Easier to ride
While the 10R still carries over its Bosch 6-axis IMU-aided electronics package, there’s a minor change to the riding modes. It has three preset modes - Rain, Road and Sport, along with four completely customizable ones. These can be controlled via the new 4.3-inch colour TFT instrument screen (which also features smartphone connectivity for Kawasaki’s Rideology App). The most intrusive of the 10R’s traction control modes (4 and 5) have seen improvements which makes the intervention smoother than before. Other than that, the bike still comes loaded with goodies such as cornering ABS, engine braking control, launch control, quickshifter and an electronic steering damper from Ohlins. And for long highway hauls, it also gets cruise control as standard and optional heated grips.

‘R’ you ready?
Of course, those who find the standard ZX-10R a bit too tame can opt for the new ZX-10RR. This remains more or less mechanically identical to the standard bike, but gets titanium connecting rods, lighter pistons, revised camshafts as well as new intake and exhaust springs. There’s also a freer flowing airbox for improved breathing. To top things off, the RR gets Brembo Stylema brake calipers with stainless steel braided brake lines and forged Marchesini wheels.

The 2021 Ninja ZX-10R should be available in Kawasaki showrooms across Europe and North America by next month. Pricing starts at 16,399 USD (approx Rs 12.14 lakh) for the base model and goes up to 28,999 USD (approx Rs 21.46 lakh) for the ZX-10RR. The 10R was the most affordable litre-class bike in India in its previous iteration, and we can expect the same for this one as well when Kawasaki brings it to our shores by early 2021.